While in Mexico recently, we got the impression Spanish speakers around us were conversing much more rapidly than we, or the other Americans in our group, speak English.

Just our imaginations? Or do Spanish speakers really talk faster?

The answer: "Spanish is faster than English...," according to a scientific study described in this Scientific American story.

Here's the twist: While certain languages such as Spanish are spoken with more syllables per minute, there is less information in each syllable than in some languages spoken more slowly.

But because people speaking Spanish and other "fast languages" get more syllables out per minute, the information they provide per minute is about the same as someone speaking a "slow language," who gets in fewer (but more information-packed) syllables than his Spanish counterpart.

It adds new context to sites promising to help you "Learn to Speak Spanish Faster." 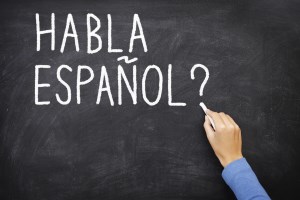