Magician David Copperfield famously made the Statue of Liberty "disappear" in plain sight on national television. Now the major national media are attempting a similarly audacious trick, this time involving some critical facts about one of our most important and contentious issues: guns.

The most recent example of this vanishing act is Vox's ambitious new project on gun deaths. "More than 33,000 people are shot and killed in the U.S. each year...And that means that for all the grief and haranguing and calls to action, we’re likely missing opportunities to bring that number down:" says the "letter from the editor" set-up for the report from Vox (a leading "young-adult site," according to WSJ's James Taranto.)

You'd think Vox might focus on this decline (which would come as news to many readers subsisting solely on a regular diet of major media mush) and explanations for the drop, which might well provide ideas on how to keep the decline going. But that would be like David Copperfield focusing on a moving stage or hidden trap door. 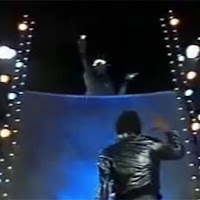 Also ignored in the Vox set-up and many other major media stories is that the CDC predicted gun deaths would exceed those from motor-vehicle accidents: "by the year 2003 (the CDC wrote in early 1994), the number of firearm-related deaths will surpass the number of motor-vehicle crashes, and firearms will become the leading cause of injury-related death." bit.ly/CDCPredicts

Turns out that in 2003 motor-vehicle crashes still killed far more Americans than guns (43,340 to 30,136). They still do, though by a much smaller margin: http://bit.ly/CDClatest  Now that's an interesting potential story.

All of which reminds us of this graphic from AEI (which again would probably come as a shock to many Americans):

Says the AEI researcher: "In contrast to the widely embraced narrative, perpetuated by liberal politicians and the media, that gun violence in America is getting worse all the time, the data reveal that the exact opposite is true. According to data retrieved from the Centers for Disease Control, there were 7 firearm-related homicides for every 100,000 Americans in 1993 (see light blue line in chart). By 2013 (most recent year available), the gun homicide rate had fallen by nearly 50% to only 3.6 homicides per 100,000 population."

We don't have the expertise to parse the more complicated statistical issues in the gun issue, but we do know enough to be skeptical when a critical trend is routinely & suspiciously underplayed, or even omitted, by so much coverage by the major media.

And unlike Mr. Copperfield, these media outlets apparently expect us to believe their sleight-of-hand is real. 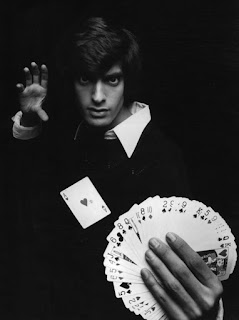