Who Really Suffers Most (Reported) Hate Crimes: By Religion and Sexual Orientation

Reason for Research: Follow up on debate involving hate crimes and Islamophobia sparked by the Orlando terrorist attack. Obviously, even a single hate crime against anybody is one too many, but the numbers and trends are factors in understanding and developing important national policies.

Results: Far more hate crimes were committed against Jewish and LGBT people than Muslims during the last year for which complete US records are available (FBI 2014, released late last year), and, based on population, Jews appear to have suffered at least the same rate of hate crimes, if not a higher one, than Muslims. [Important note: the FBI collects data on categories of hate crimes, both against persons and property, and a person may be victimized by more than one crime during a hate attack, so the numbers/percentages below do not necessarily track exactly with individual victims. In addition, there's debate about how many hate crimes are missed by the FBI, so the information here should be viewed as indicative only.]

Worth highlighting is that more hate crimes were committed against blacks in America than any other single group. However, of four people murdered in hate crimes during 2014, three were white and one black (no Jews, Muslims or LGBT people were killed in hate crimes that year, according to FBI statistics). 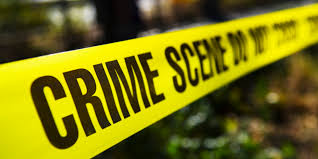 It's important to note there were far more Jewish and LGBT people in the US in 2014 than Muslims. However, even on a proportionate basis, Jews suffered at least as many and likely more hate crimes than Muslims. (It's difficult to compare numbers involving the LGBT community given less certainty about their population.)

According to those 2014 FBI hate crime statistics (see them here), there were 635 "single-bias incidents" against Jews and 178 against Muslims. Extrapolating from the Pew population statistics, during 2014 there were app. twice as many Jews as Muslims in the US and they suffered substantially more than twice as many hate crimes as Muslims. However, it appears offenses against Muslims may have included a higher rate of violent crimes against people (as opposed to property crimes) than those committed against Jews.

Additional note: The number of hate crimes against Native-Americans and Asians jumps out in this data, given their relatively small populations. See more here: https://www.fbi.gov/about-us/cjis/ucr/hate-crime/2014/tables/table-4

Here are some of the key statistics. What do you think about hate crime trends?