How Screwed Up Is the US Classification System? Even Henry Kissinger + $150,000 Couldn't Solve "Perfect Catch-22 Situation" Involving Records


Kissinger had to beg (and butter up) then-Sec. of State Clinton to get help (see below) in getting the government to review and release some of 560,000 decades-old documents from his time in government, including thousands that had already been declassified but had to be reviewed again, in what he called a "perfect Catch-22 situation."

Even a Kissinger contribution of $150,000 to get the records digitized had to failed to move the process. And while the CIA was at least somewhat responsive, the State Department had declassified, or perhaps "re-declassified," only three of its app. 260,000 documents.

"The pace of declassification of these papers by the (State) Department is maddeningly -- and disproportionately -- slow. I would call it non-existent," he wrote Clinton in Feb. 2012.

...no wonder the families of Korean War POW/MIAs still can't get 60+-year-old files relating to their loved ones released and the Air Force still keeps files classified on the hunt for Hitler.

Apparently Kissinger and his high-power lawyer were finally able to get relief (see bottom), although the final outcome is not clear from the Clinton emails released 12/31/15. 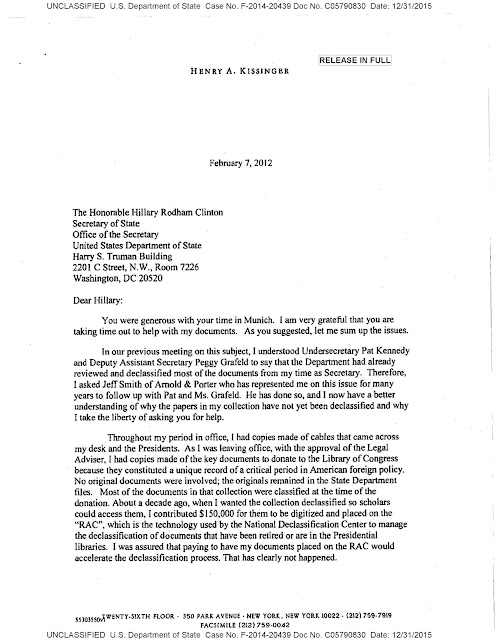 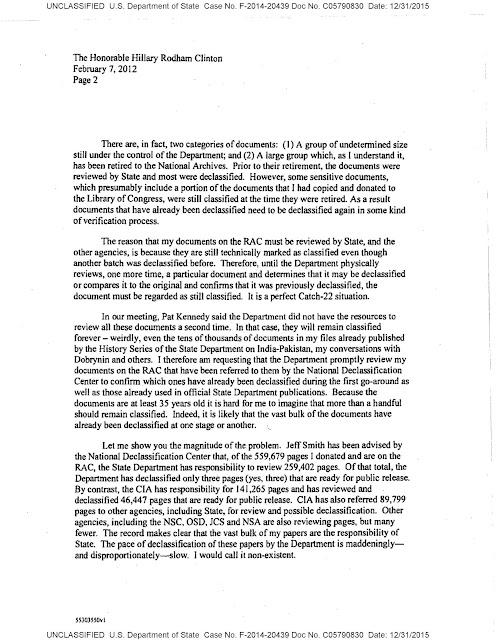 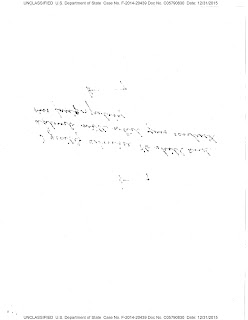 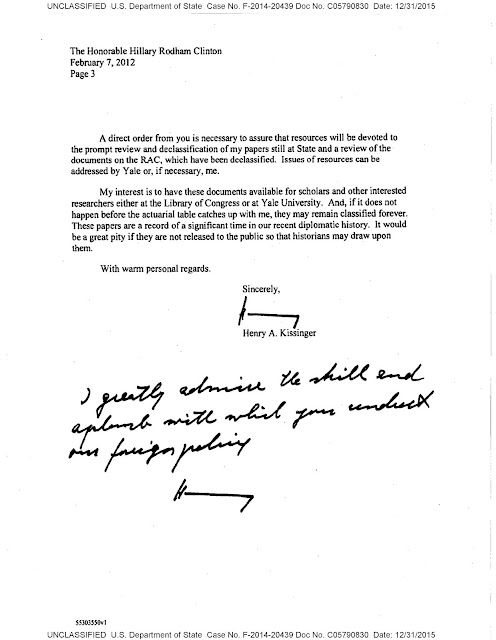 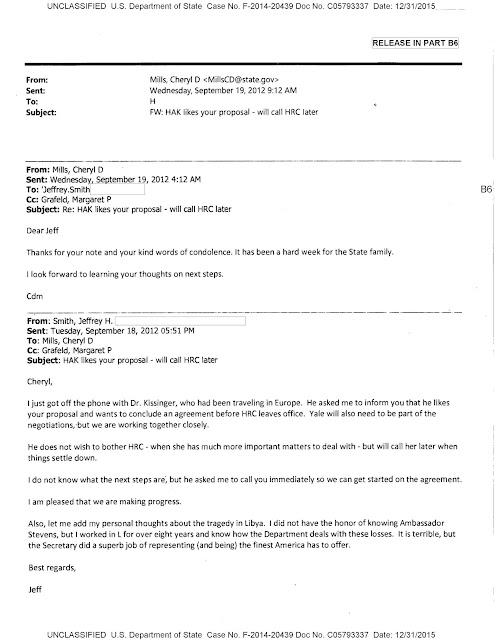