Along with a host of bureaucratic shortcomings, cybersecurity flaws and leadership screw-ups, the US Army investigation of 2010's massive WikiLeaks compromise of classified information identifies a major threat: "Millennial Generation "soldiers, those born between 1980 and 2000. [Note: Edward Snowden, the NSA leaker who released massive amounts of classified information after the Manning case, is also a Millennial according to the definition in this report.]

Also known as the "Net Generation," they are the most technologically savvy yet, but bring a "new culture" in conflict with key military standards, says the 2011 report, recently released by the Army in redacted form (see excerpts below from "AR15-6 Report -- Compromise of Classified Information to Wikileaks (sic)").

WikiLeaks' source, PFC Bradley (now Chelsea) Manning, is a "bellwether" of this "new cohort of Soldiers (sic) who enter military service with attributes and beliefs that differ markedly from those espoused by their predecessors," reports the investigation's author, Army Lt. Gen. Robert Caslen, Jr., currently superintendent of West Point. [Manning pled guilty to leaking the documents -- which the US government says disrupted diplomatic relations, endangered US troops and exposed Afghan informants -- and is now serving a long sentence.]

Their "new culture" is based on social medial, isolated from "the real world," dismisses the need for confidentiality and ignores potential "tangible results" from online activities.

This creates a substantial threat, given the military (and broader government and intelligence world) shift after 9/11 in the philosophy or providing access to classified information -- from the old "need to know" to the new "need to share."

The Army must train its leaders (often from "Generation X," with some "Baby Boomers") about the "new culture" and have them drum into their Millennial subordinates an awareness that releasing sensitive information can risk the lives of their Army buddies -- or as the report puts it, "secrets and security are both necessary and appropriate in an Army at war; failure to safeguard sensitive information has the undesired consequence of putting them and their buddies in the unit at risk."

Along with the Millennial management issue, Gen. Caslen (a Baby Boomer) notes an almost unbelievable litany of failures in security doctrine, technology and management. Manning -- who suffers from gender dysphoria and is now suing the military for sex-change therapy in prison -- lied, publicly proclaimed his lack of patriotism, exhibited glaring emotional and psychological problems, had work problems and got into fights. At one point, he went berserk while being counseled for repeated tardiness -- his superior responded by removing the bolt of his weapon, presumably to keep Manning from gunning down other soldiers and/or himself. Despite all this, he kept his job processing highly-sensitive information.

The general concludes that Army leaders, after years of war, are now strong in combat leadership, but weaker in leading and managing soldiers in the garrison.

Though not someone with whom the grizzled Gen. Caslen likely texts or Snapchats, novelist Bret Easton Ellis, bard of his "Generation X," is coincidentally now in the news for his own critique of the Millennials, whom he dubs "Generation Wuss." Ellis cites their "over-sensitivity, their insistence that they are right despite the overwhelming proof that suggests they are not, their lack of placing things within context, (and) the overreacting..."

To be sure, most Millennials in the military have performed well, often heroically, and appear to need no training that sharing military secrets on the Internet, where ISIS and other enemies can read them, is not the same as blogging about your lunch.

Previous generations have had their share of leakers and traitors -- could the real issue be that modern technology just makes it easier for people to act on impulses they've always had?

Or do Millennials really represent a new sort of security threat? Let us know your thoughts. 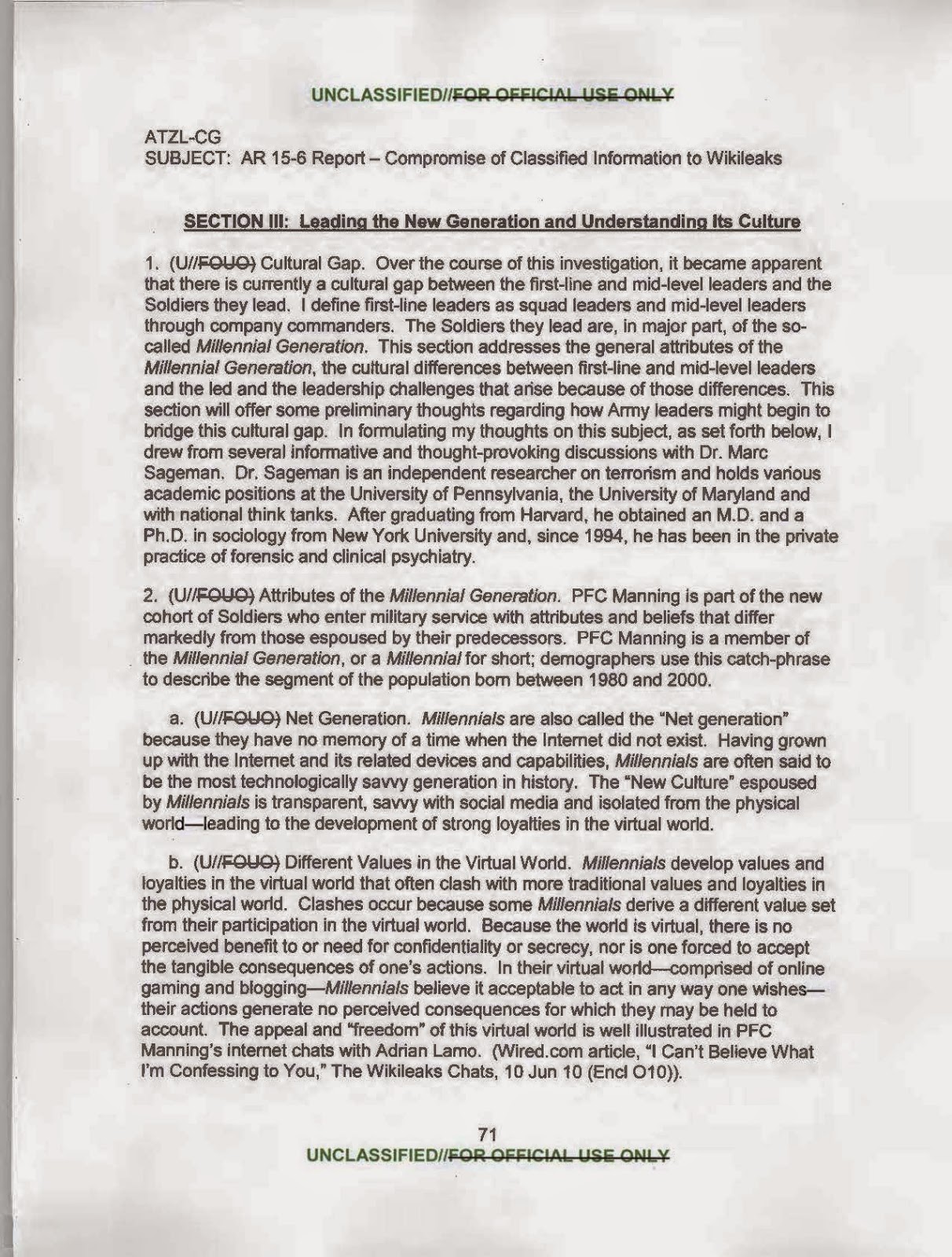 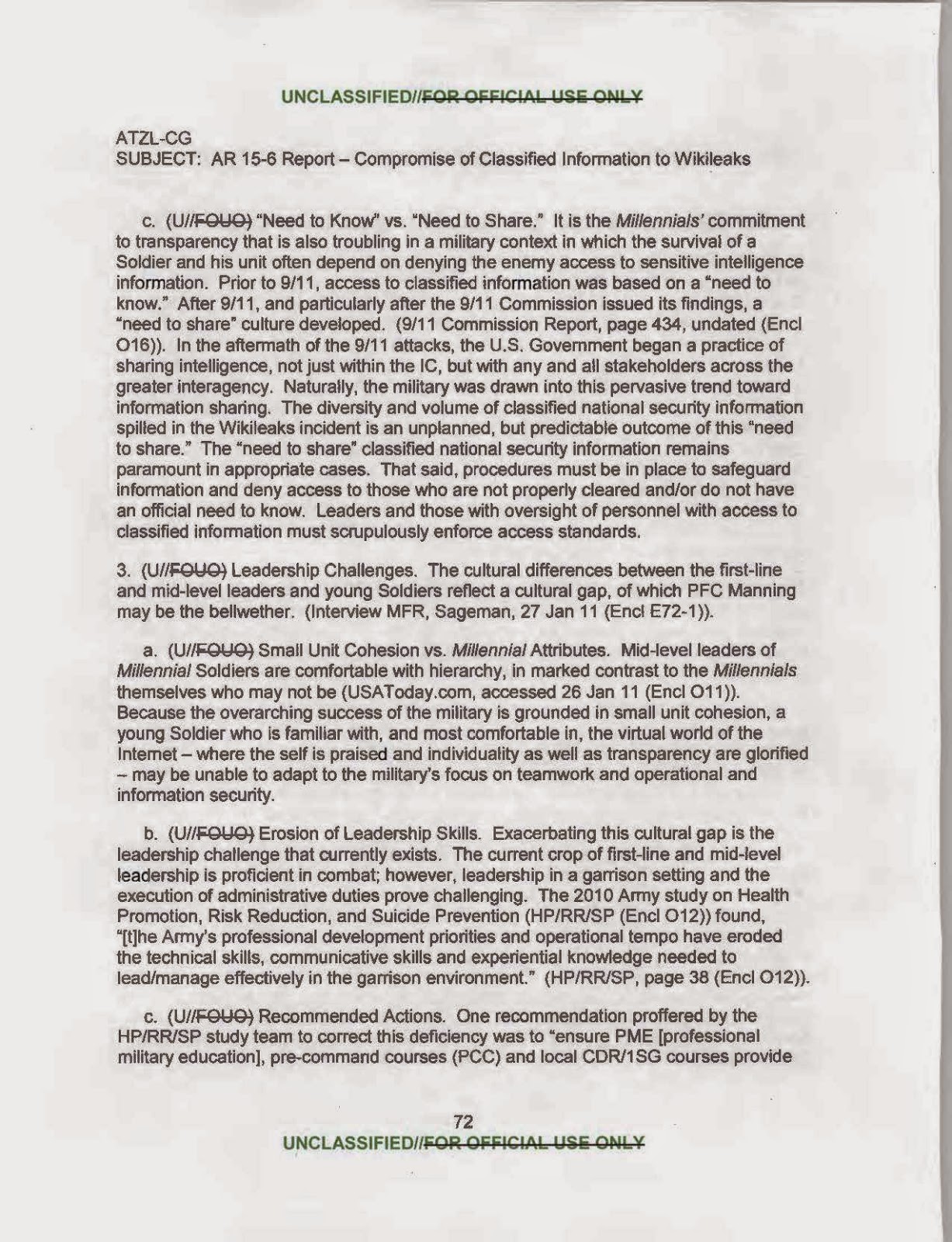 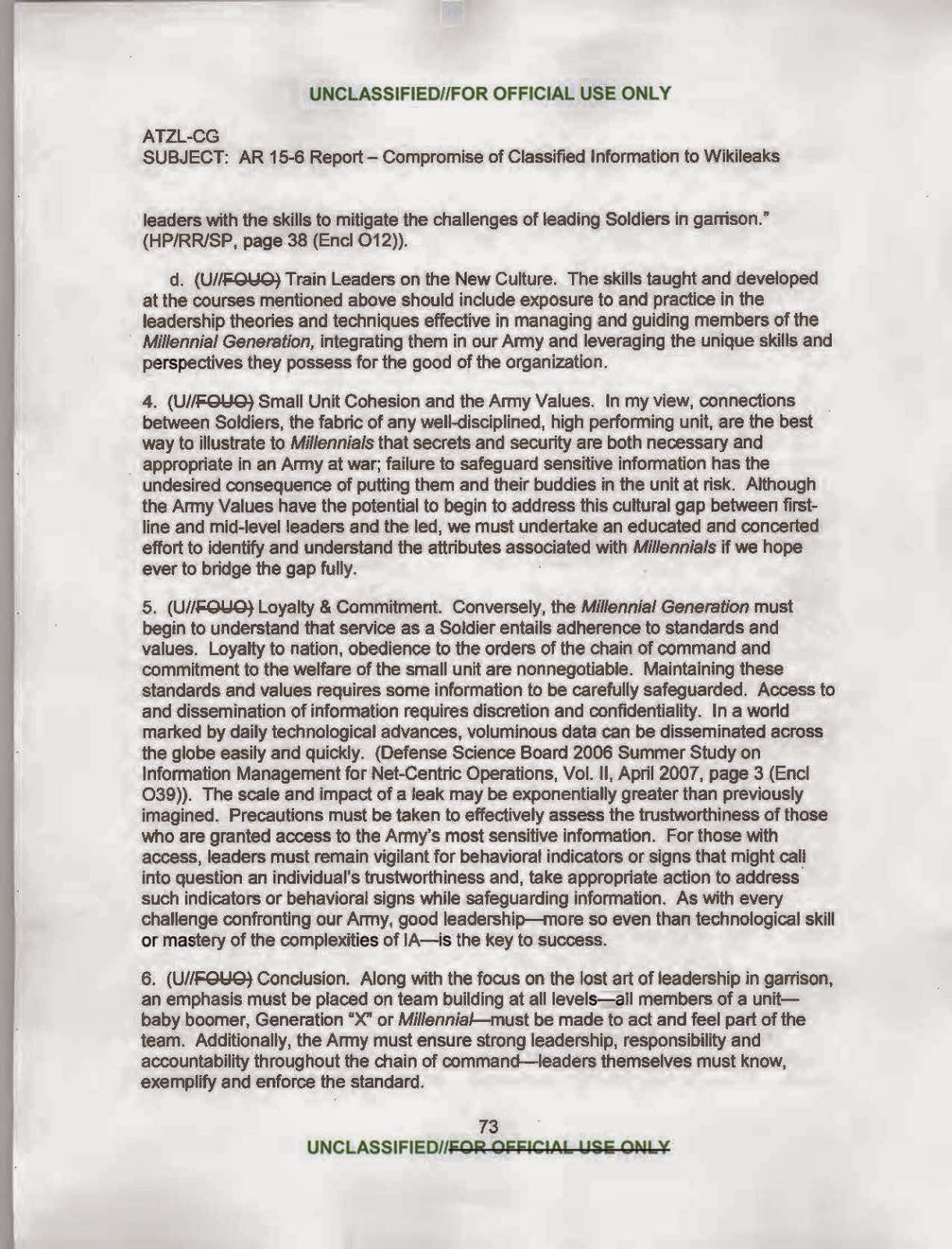