How to Cook a Bear Cub for the Holiday Barbecue

Last week we ran across a prostrate 'possum, just a baby, in the back year (see a bigger version below). We did some online research and learned that if it failed to wake up and run off overnight, we should drop it off at the wildlife rehab center, which we did. Happy ending there. 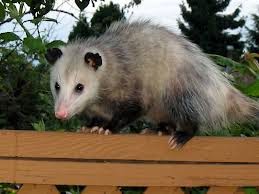 But during that Internet research, we noted that opossums were reportedly introduced to the American West as a food source during the depression of the 1930s, which brought back childhood memories of  the term "possum pie" and some mixed emotions about our upcoming barbecue. 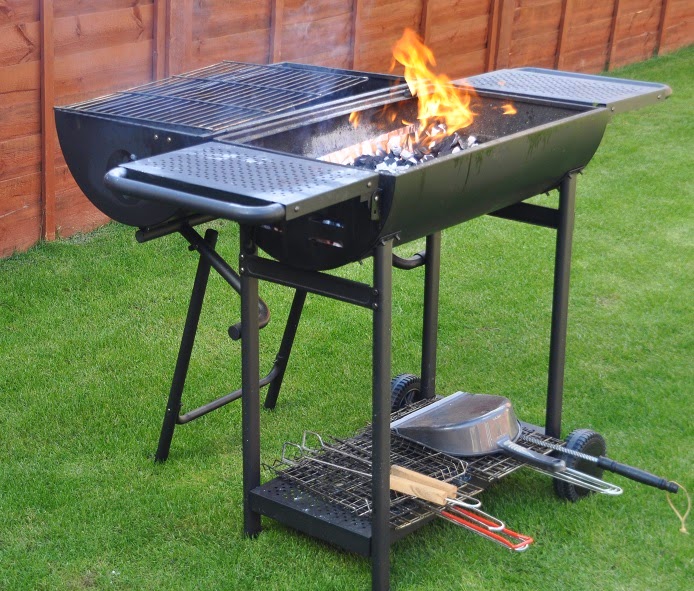 In a flash we were consulting our dog-eared copy of the "Joy of Cooking," one of the most popular cookbooks in history, with an estimated 18 million sold since 1936.

There, in our 1964 edition of the book, we found cooking instructions for opossums, which included this surprising step: "If possible, trap 'possum and feed it on milk and cereals for 10 days before killing." 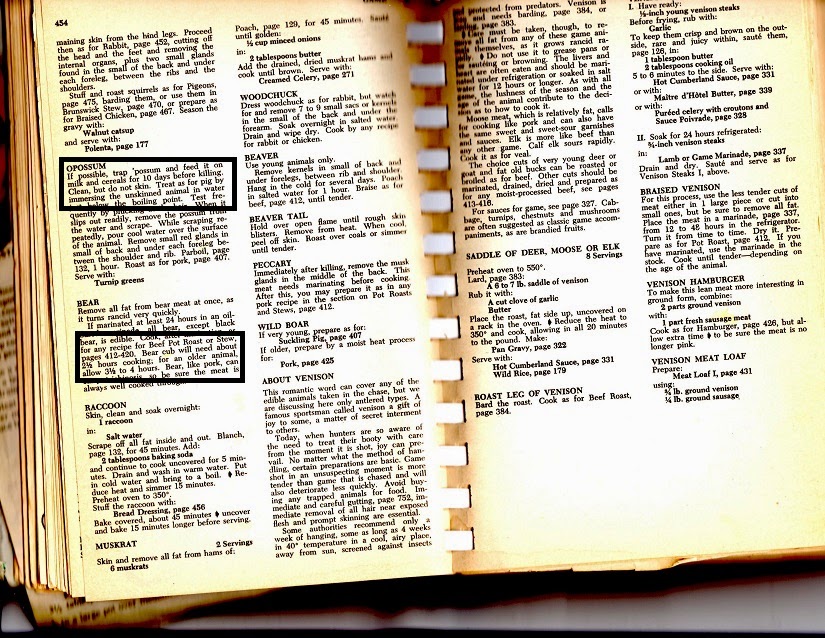 This edition also included recipes for other types of small game, noting they "may be substituted in most recipes calling for chicken." (It really does taste like chicken! Which is actually what we said the first time we ate rattle snake -- chicken with a hint of fish.) Instructions covered small game such as raccoon, woodchuck and beaver (blister the tail over open flame and then roast until  tender.)

Big game is included. What caught our eye here was the section on cooking bear cubs: "Bear cub will need almost 2 1/2 hours cooking; for an older animal, allow 3 1/2 to 4 hours." 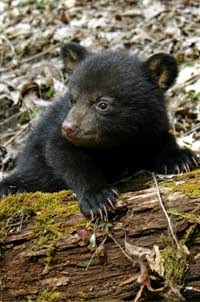 We wondered if these recipes made it past the 1964 version of the book. They apparently did, because the searchable copy of the "Joy of Cooking" on Amazon includes all this, plus delicious-sounding receipts for other critters such as armadillo and porcupine. [For some reasons, Amazon will not let us link directly to the searchable version; you can get there through the one below, choose the "Joy of Cooking" hardcover.]


We weren't able to determine immediately if these recipes remain in the most current version. Please feel free to let us know if they do.

Now, we at Need to Know News are meat-eaters and outdoors lovers who appreciate hunting and fishing. And we don't want to be critical of anyone forced to eat more 'possum than usual because of the Obama Administration's economy.

But even we were a little surprised at some of this, especially the idea of gorging your 'possum for 10 days before eating (we're afraid we'd grow too attached by the second day to ever eat it) and the part about consuming bear cubs (which we assume is illegal except perhaps in rare circumstances, say road kill. Please add to comments if you know the regulations and customs around eating bear cubs.)

Are we just being squeamish and/or hypocritical? What do you think?

[If you're looking for more serious fare on this sacred day, check out the fate of American heroes kept after the Korean War at www.kpows.com. We honor them and their families, and all those who sacrificed so much for our country.]
at May 26, 2014