As protesters in Ukraine battle for the future of their country, they invoke the battle cry of a previous fight to free their country from Moscow's influence.

"From the stage on the square, a speaker yelled 'Glory to Ukraine!' and the crowd yelled back 'Glory to its heroes!' That echoed the slogans of the World War II-era Organization of Ukrainian Nationalists and the Ukrainian Insurgent Army [note: UPA], guerrilla armies that battled the Nazis, Poles and Soviets in an ultimately futile quest for an independent Ukraine:" New York Times, 2/20/14.

Throughout modern history, Ukrainians have been fighting for their independence against outsiders such as the Poles, Germans and Soviets. After battling German occupiers during World War II, the Ukrainian resistance refocused once again on Moscow, which had incorporated Ukraine into the Soviet Union (and starved the nation during the 1930s.)

The battle reached its peak in the late 1940s; the Ukrainian guerrillas even developed a system of elaborate bunkers across parts of the nation. See an excellent 2012 thesis on this conflict by a Ukrainian officer at the US Army Command and General Staff College here:

Then, as now, anti-Russian sentiment was strongest in Ukraine's west. By 1950 Soviet counterinsurgency tactics had turned the tide (reports claim Soviet tactics included special units that impersonated resistance fighters and then brutalized the local population.) Significant resistance attacks ended by about 1957. By some estimates, the guerrillas killed 15-30,000 Soviets and Ukrainian sympathizers. The toll to resistance fighters and their networks was much higher. The Soviet KGB also worked to snuff out external support for Ukrainian independence with tactics that included assassinating exiled leaders with a cyanide gun (see below).
CIA Work with Ukrainian Resistance: Operation "Aerodynamic"

The CIA and British intelligence followed the resistance closely and ended up supporting two different factions. Under an operation code-named "Aerodynamic," the CIA provided financial and operational support -- including airdropping agents and supporting clandestine radio broadcasts -- for Ukrainian anti-Soviet guerrillas. Although the US did not actively support Ukrainian independence, it was eager to exploit areas of Soviet weakness.

The 1953 report below summarizes the movement and assesses the potential usefulness of the Ukrainians during a "hot war" between the US and Soviet Union. The program switched its focus to propaganda and other support outside Ukraine as the Soviets consolidated their control later in the decade. Critics have questioned the value of this operation and criticized the US government for supporting Ukrainians involved in "ethnic cleansing" and anti-semitism during World War II. 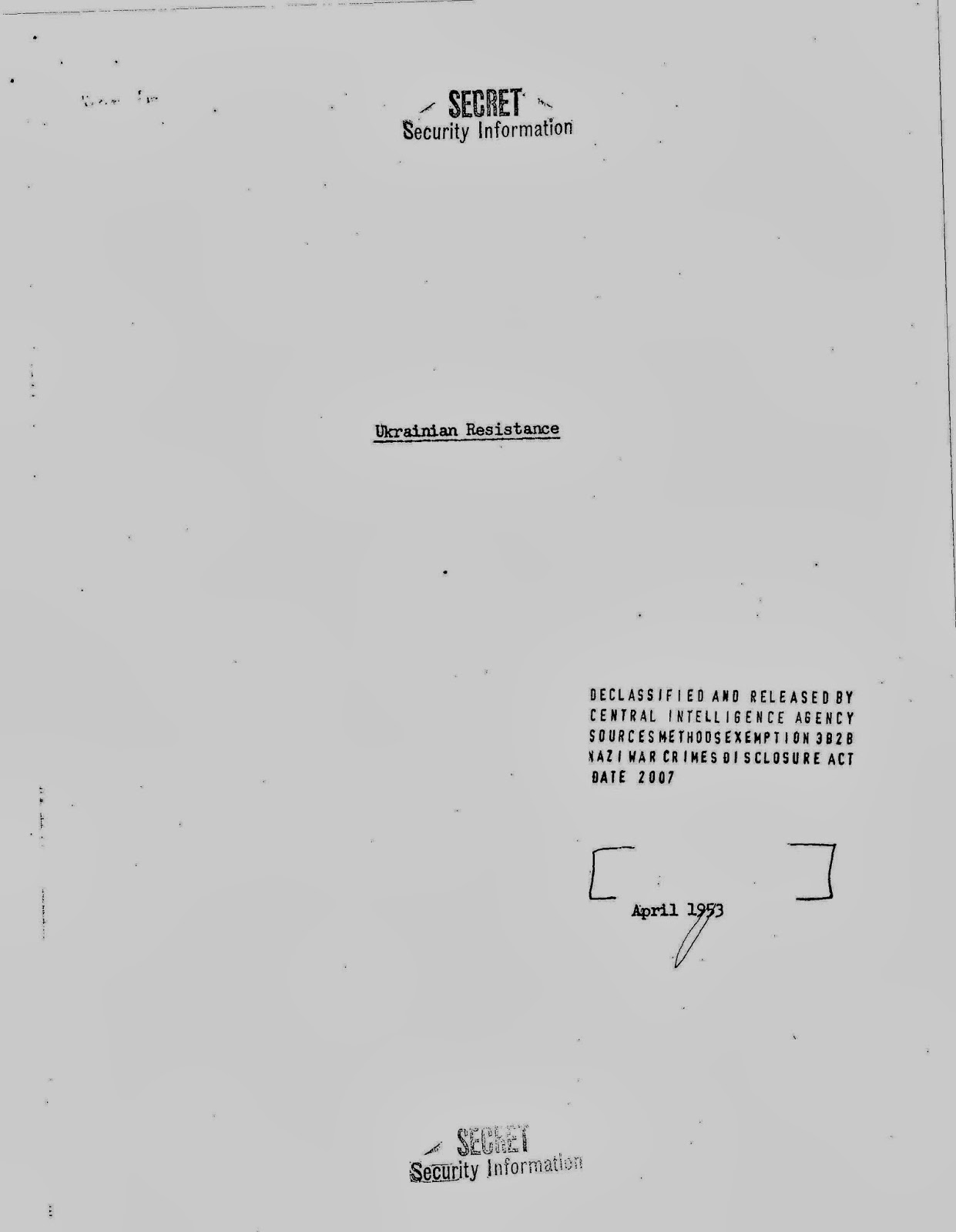 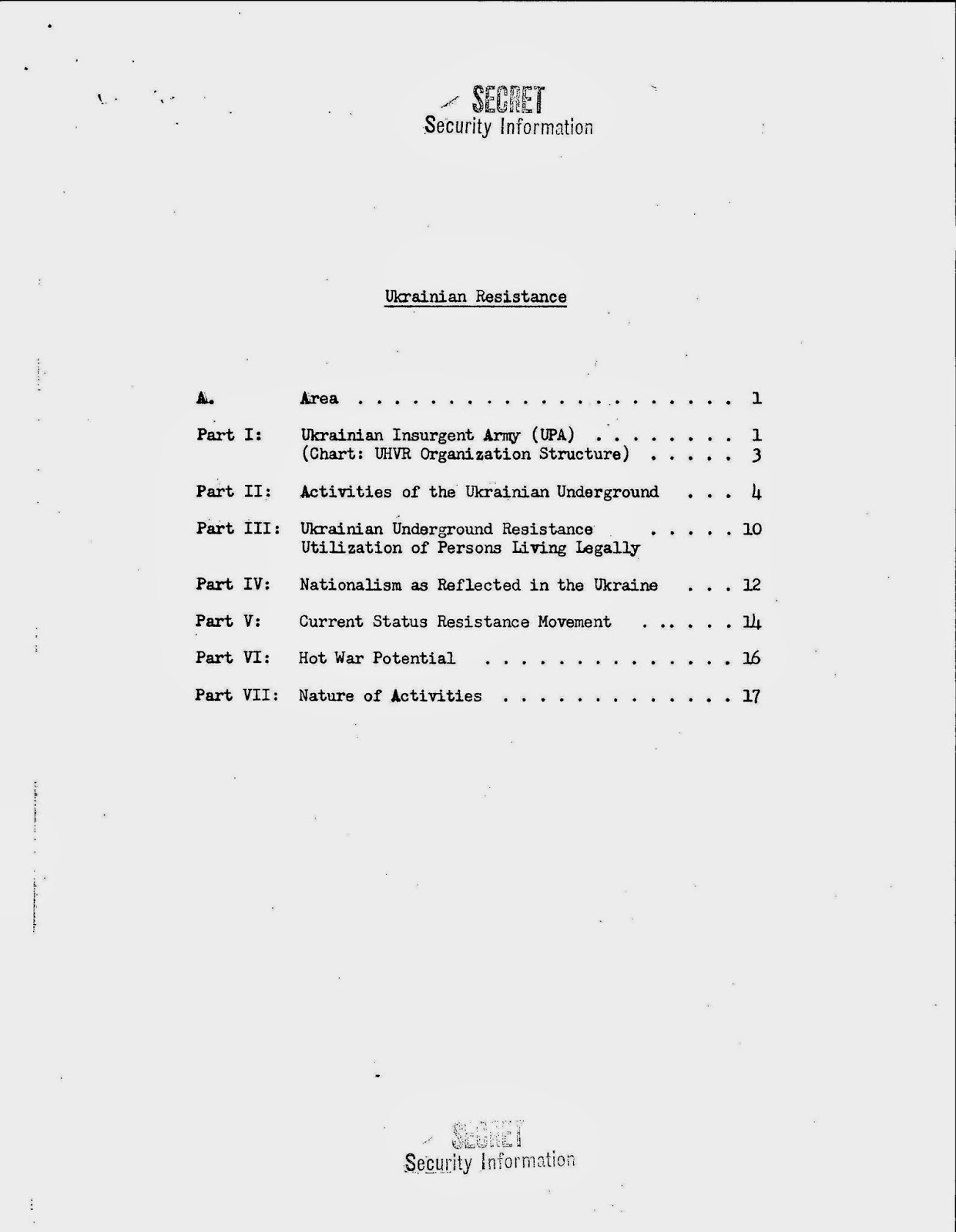 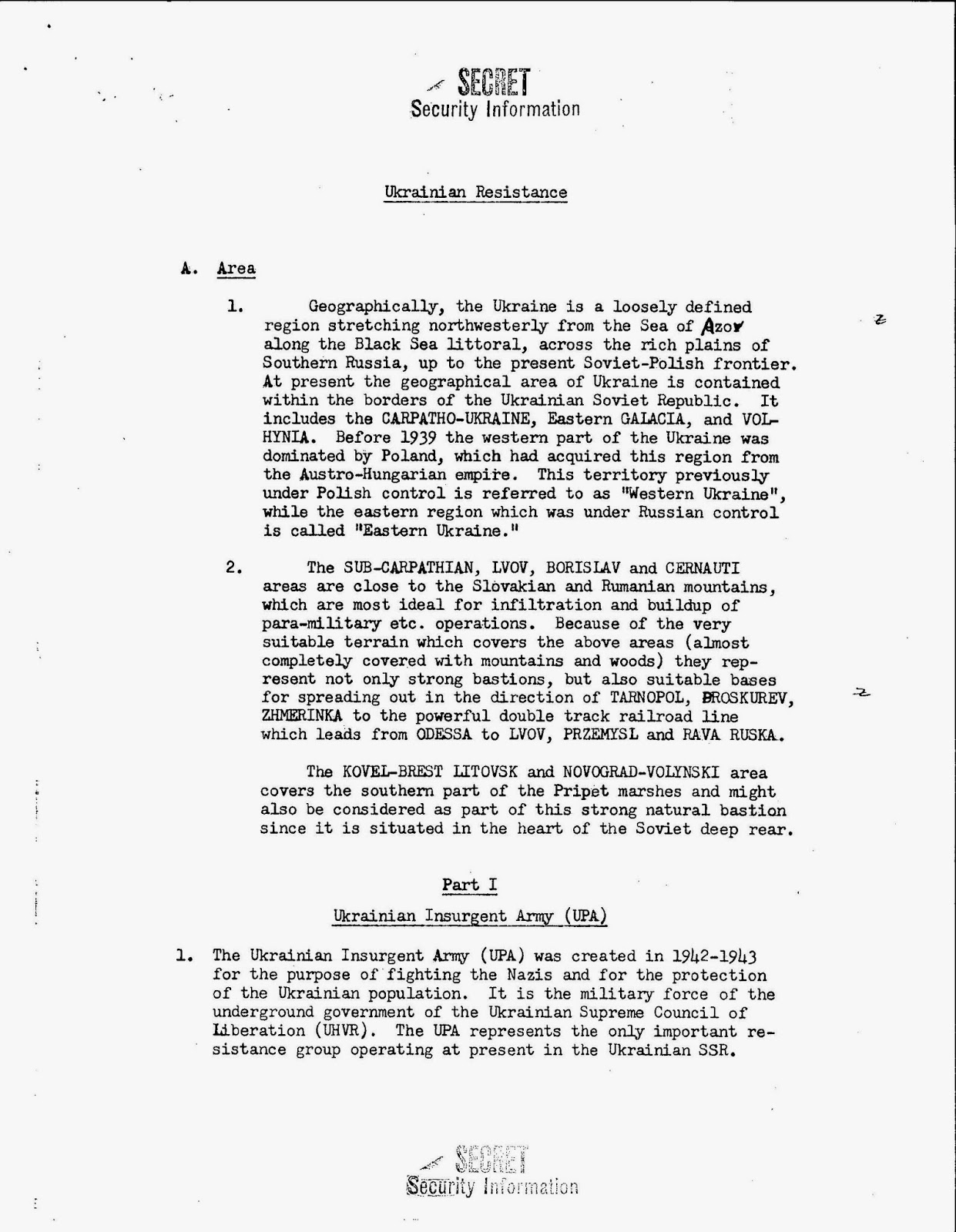 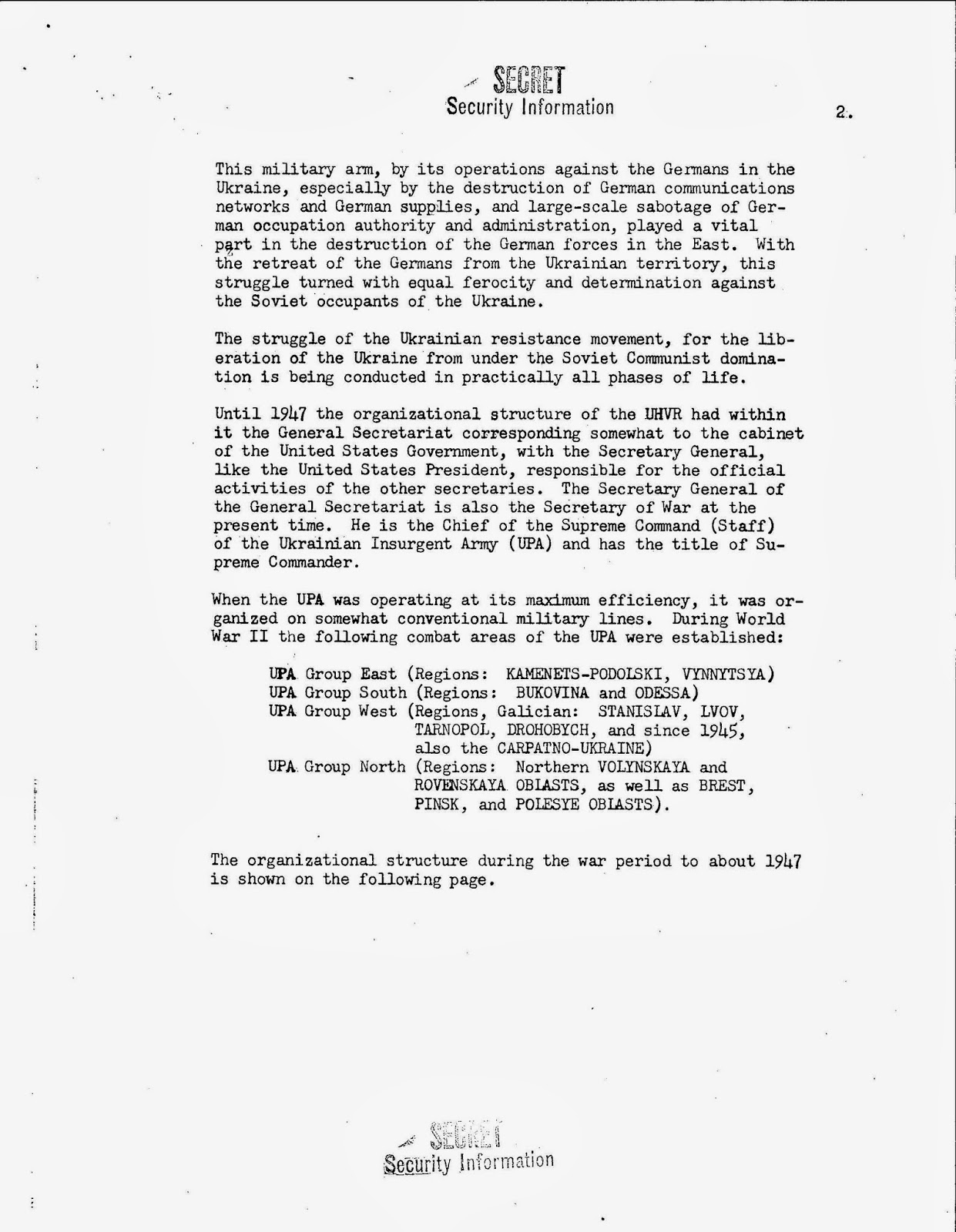 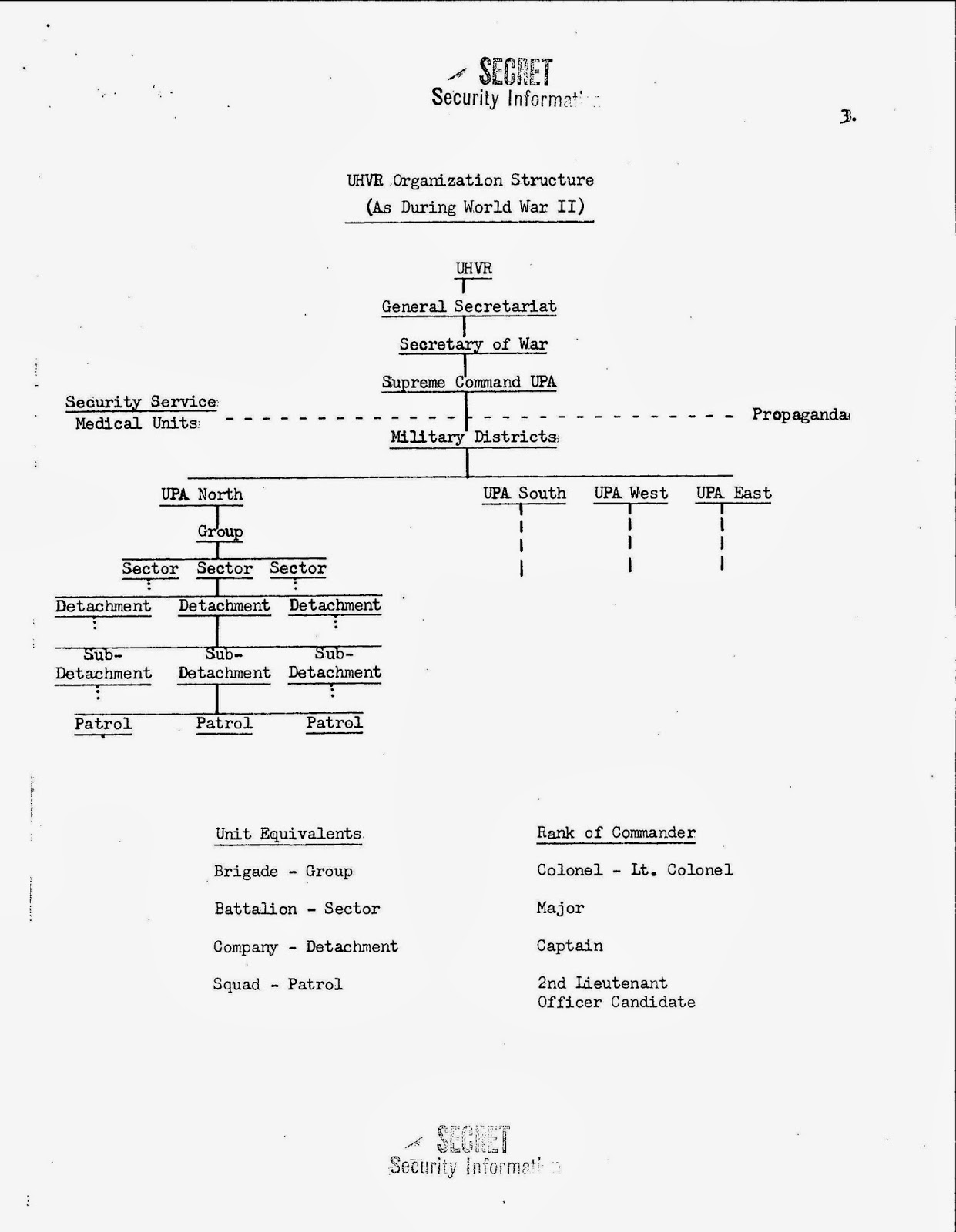 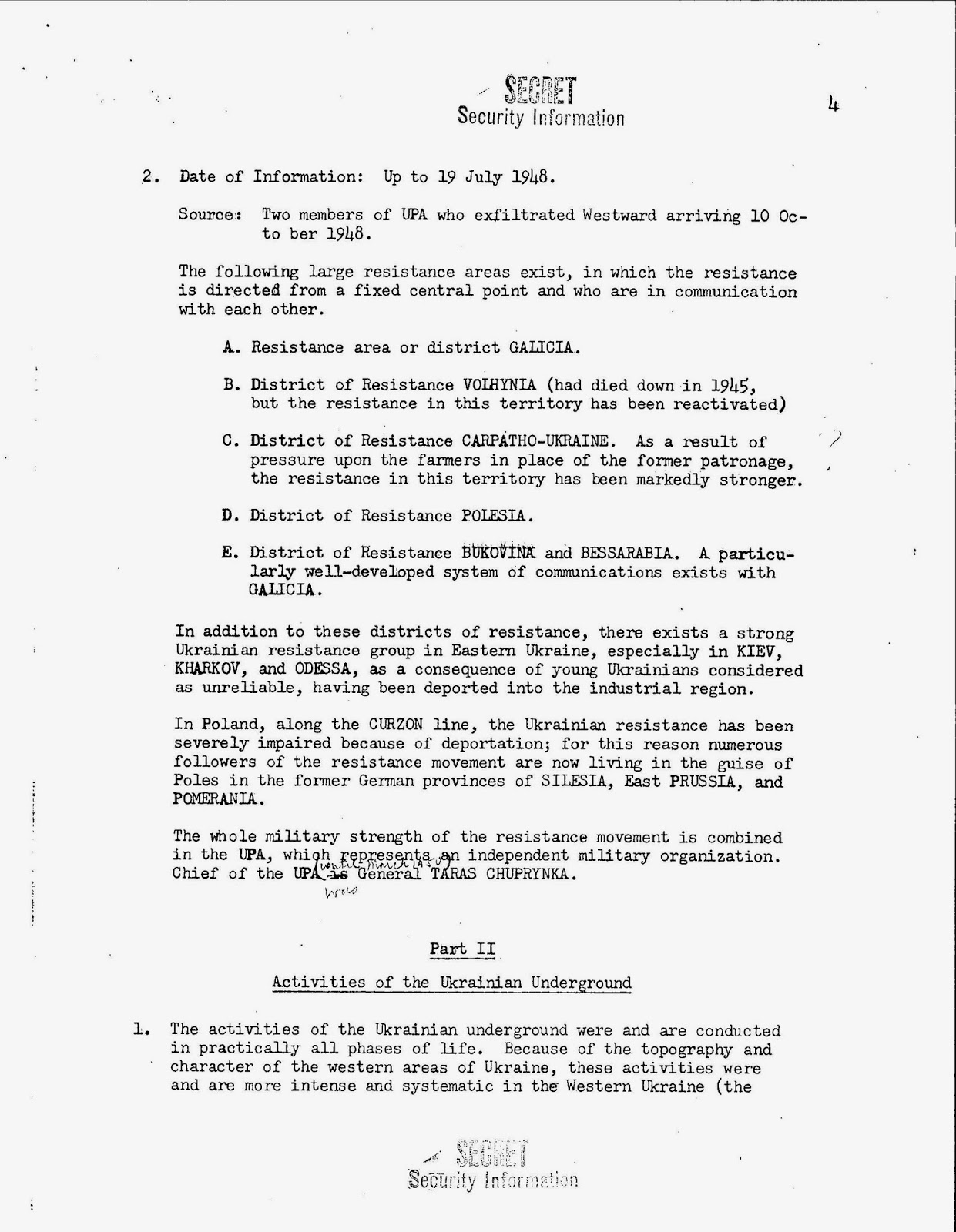 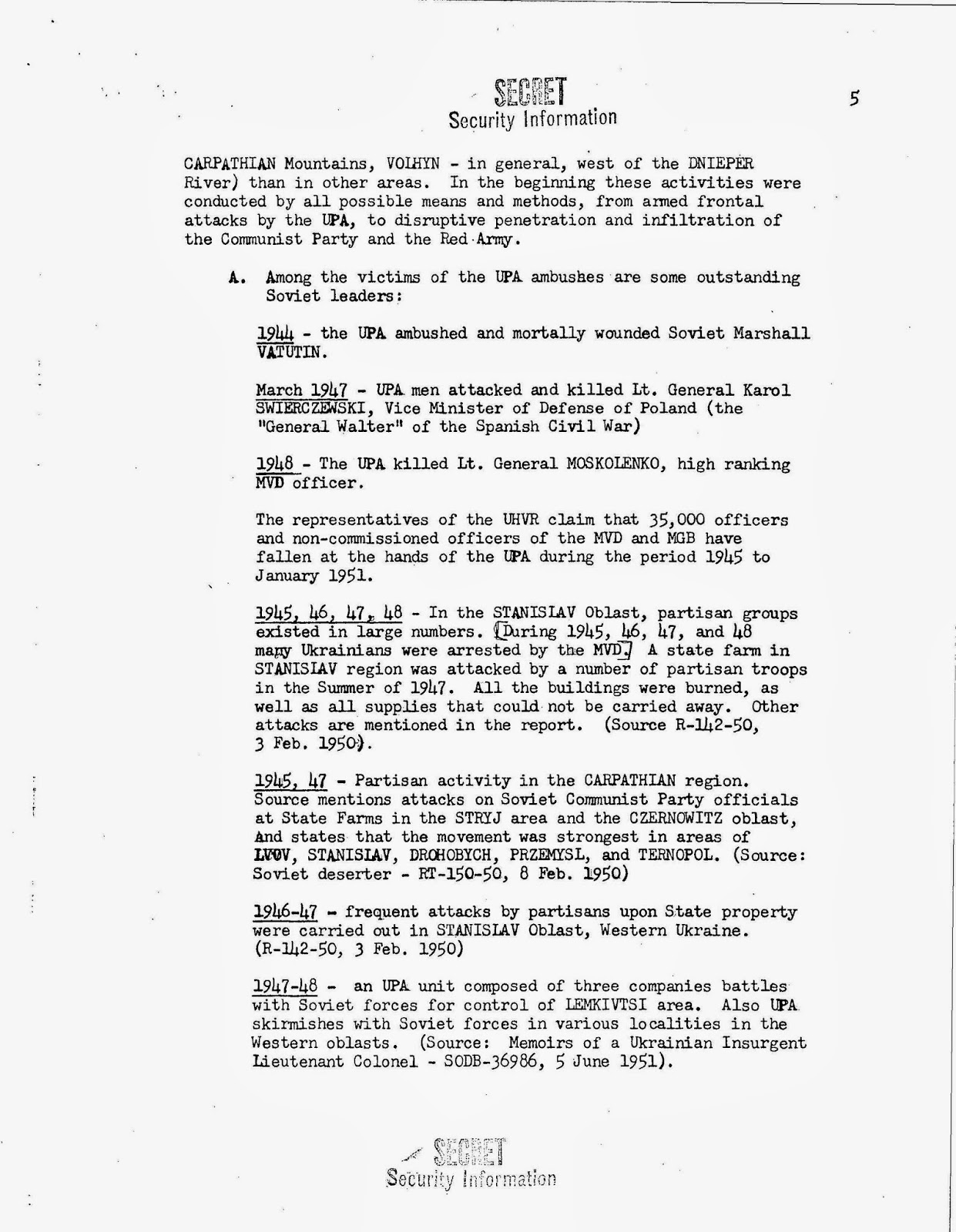 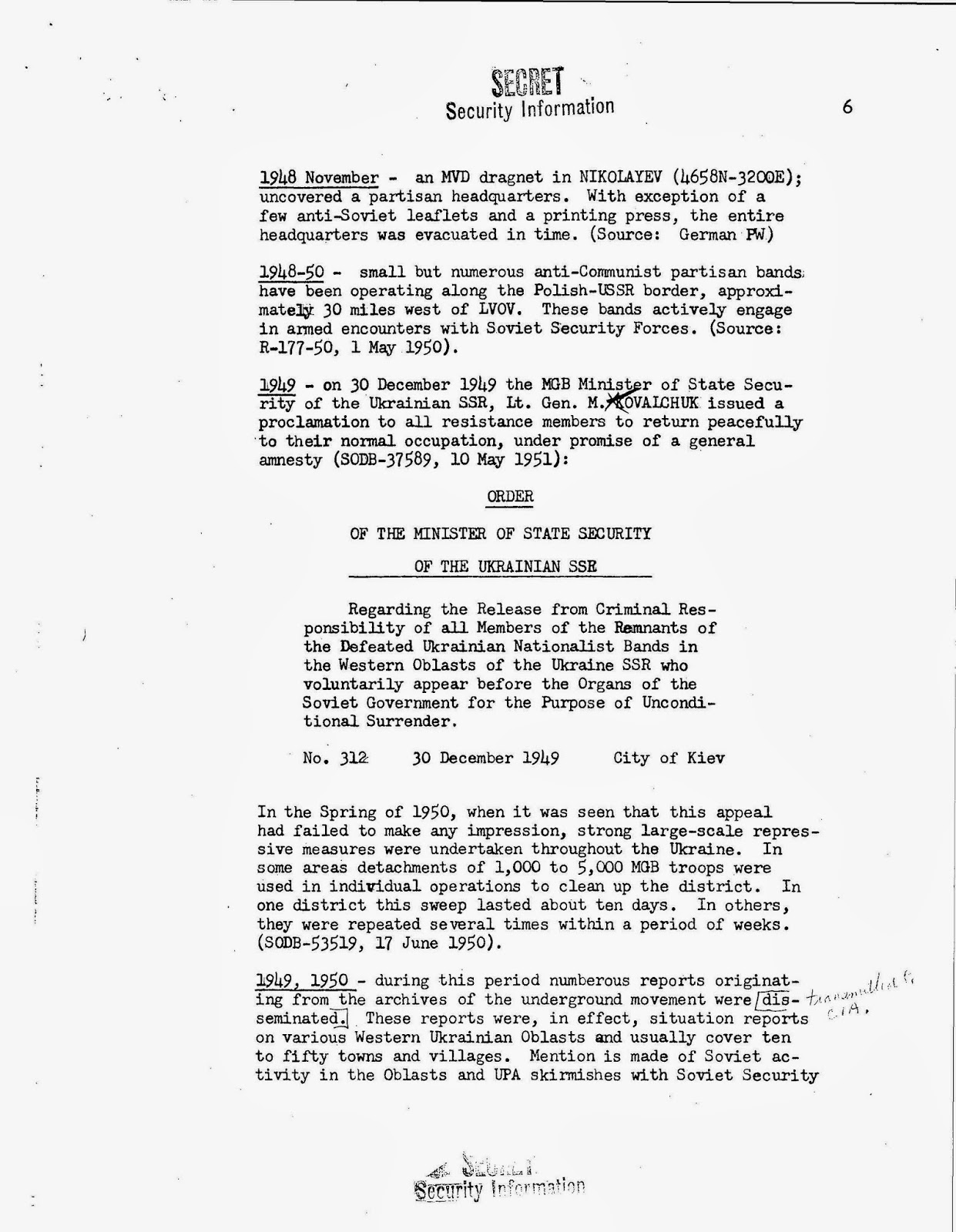 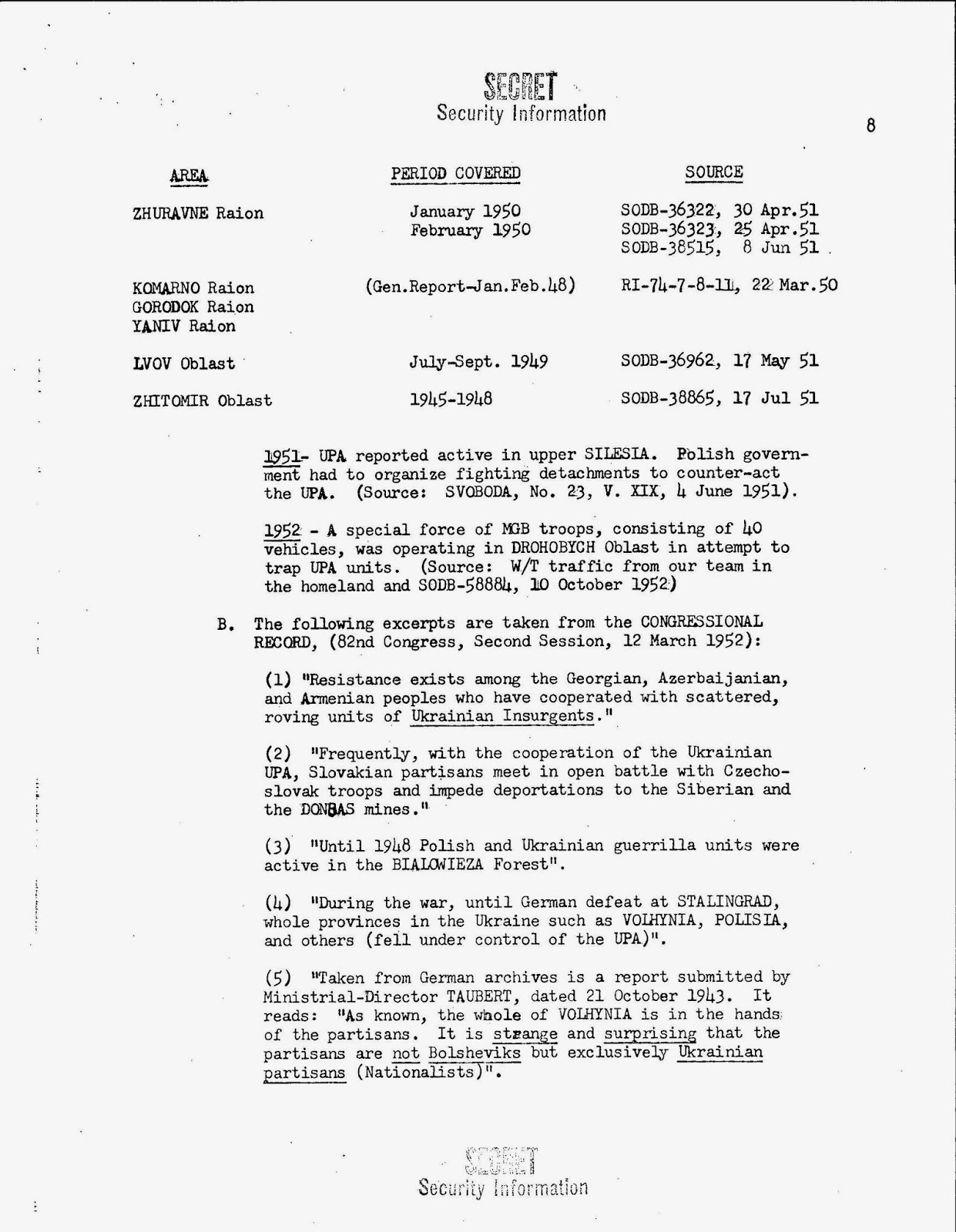 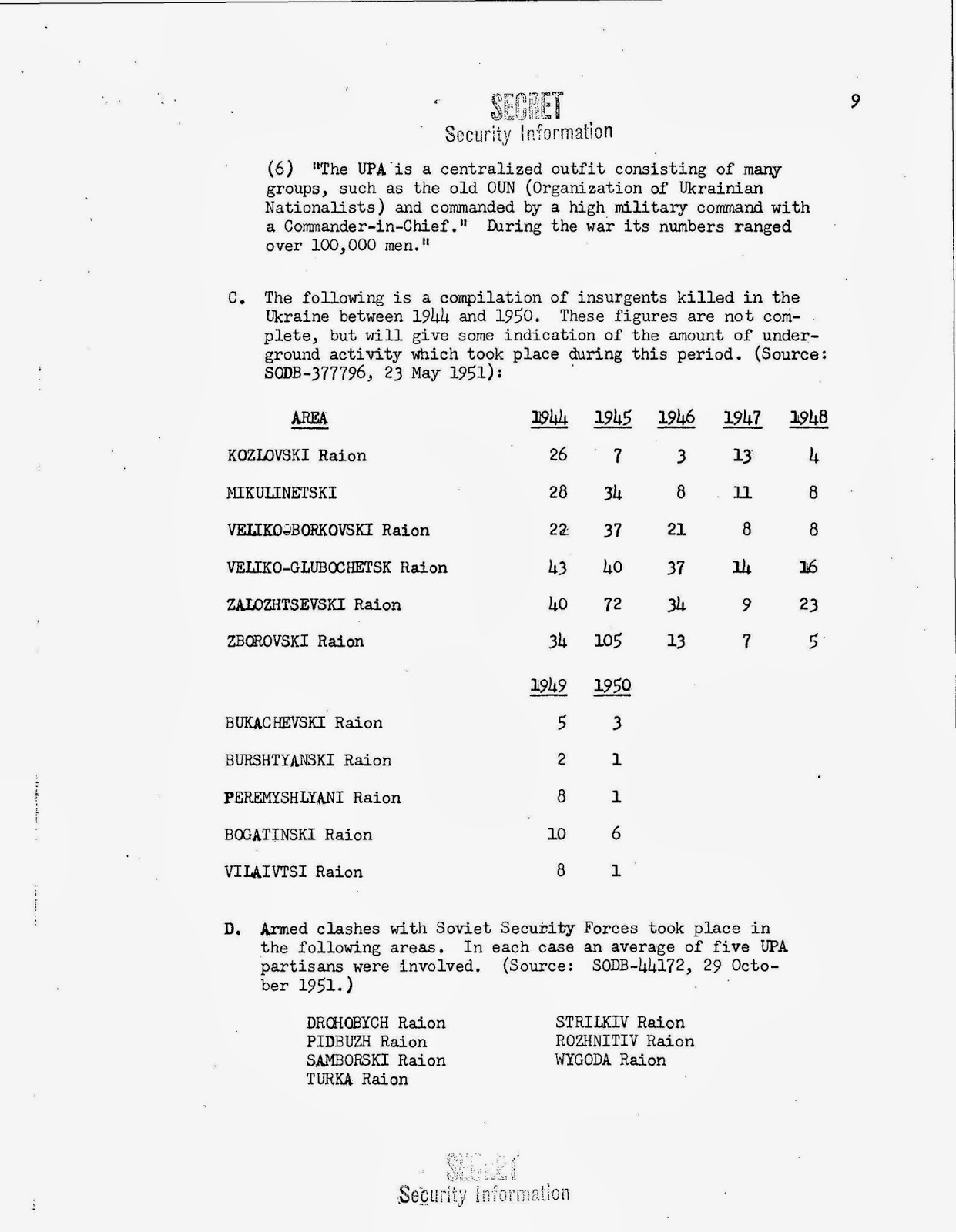 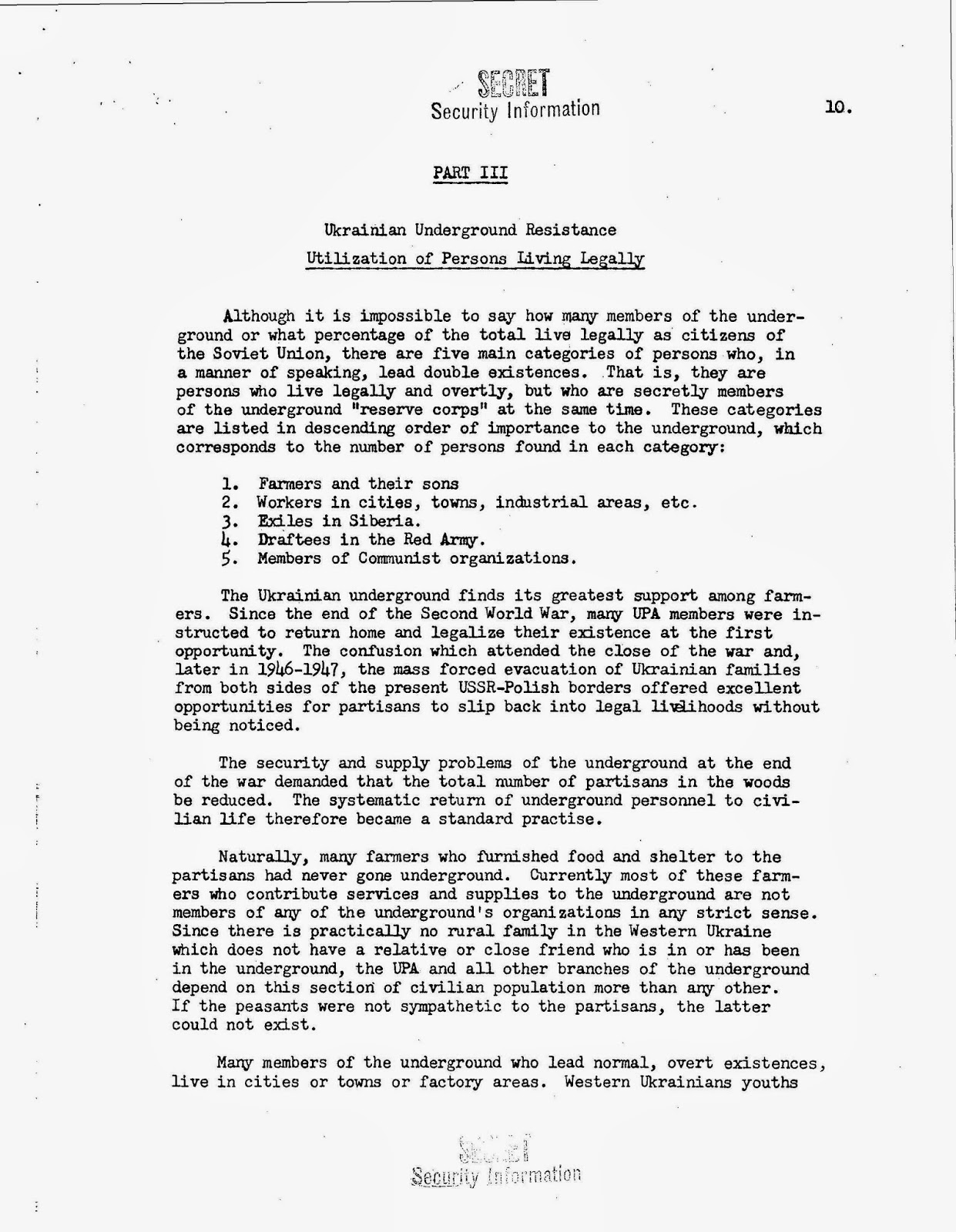 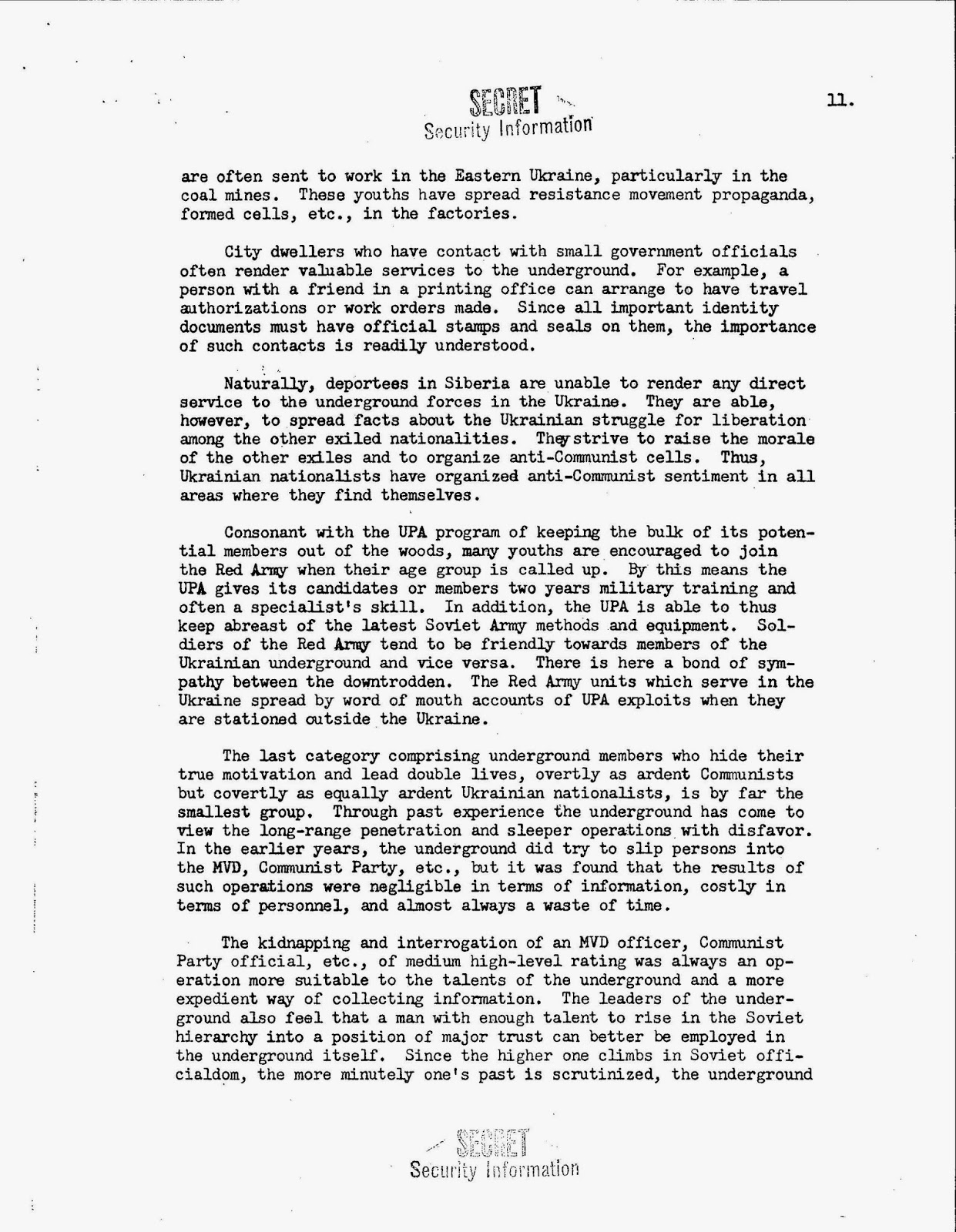 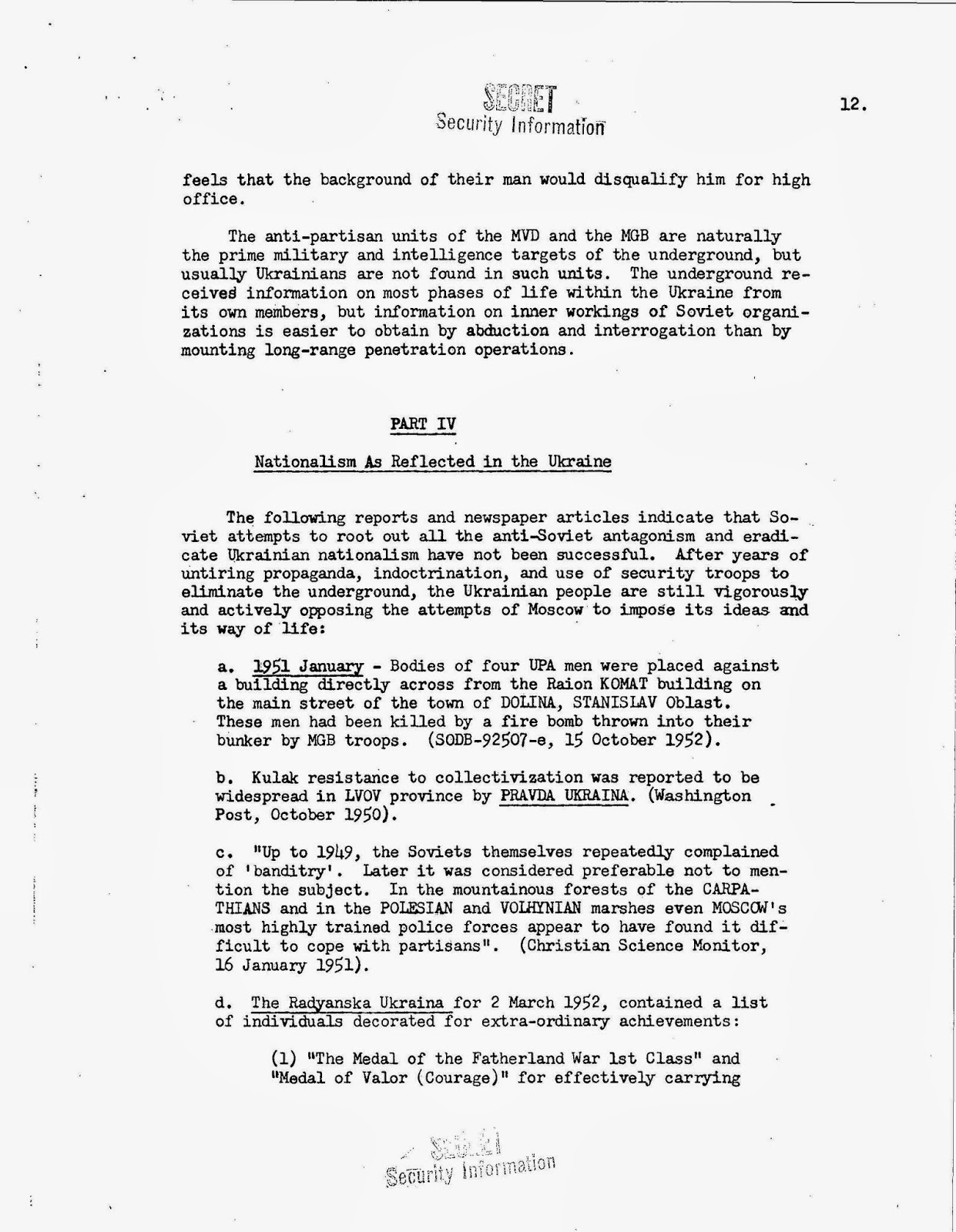 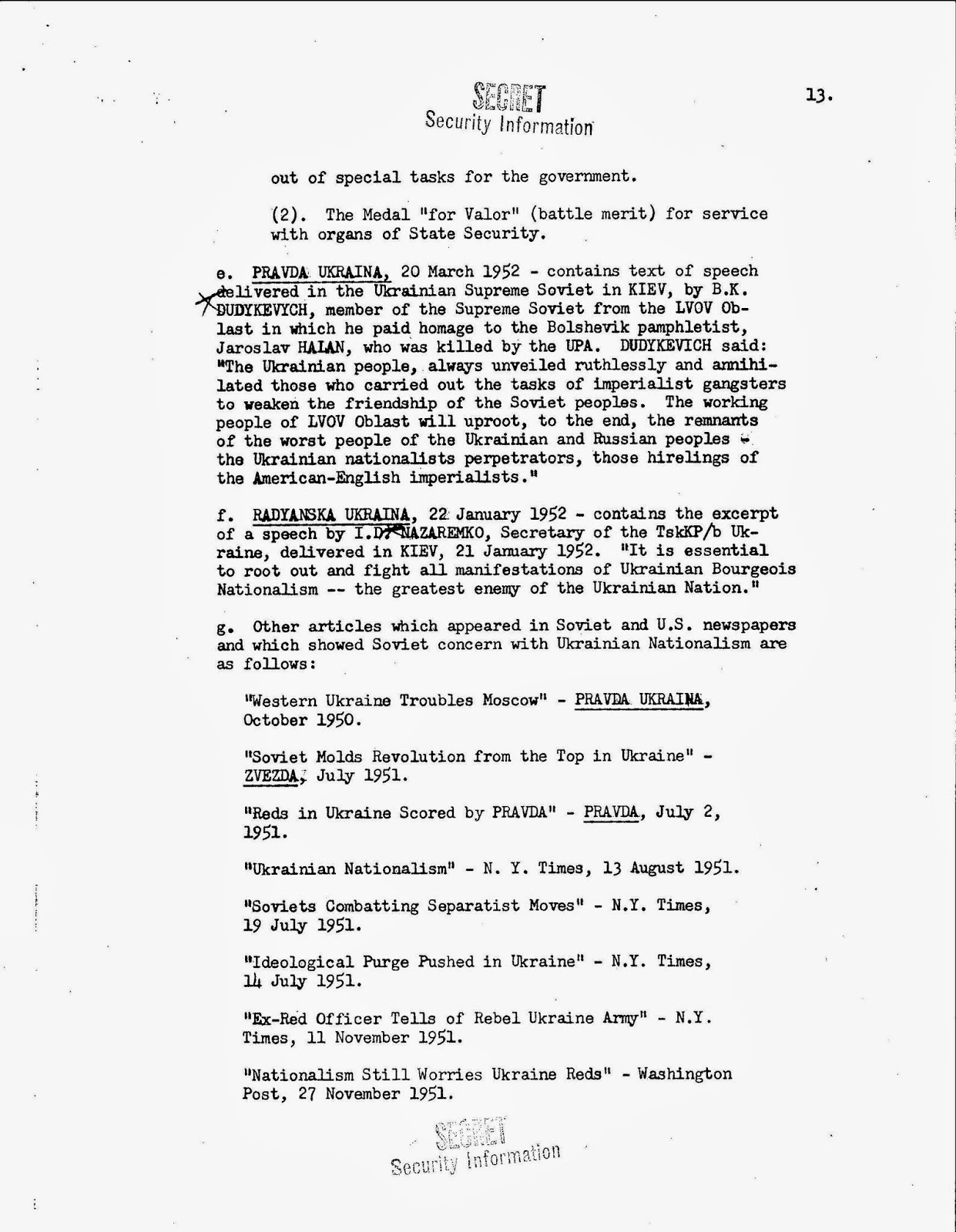 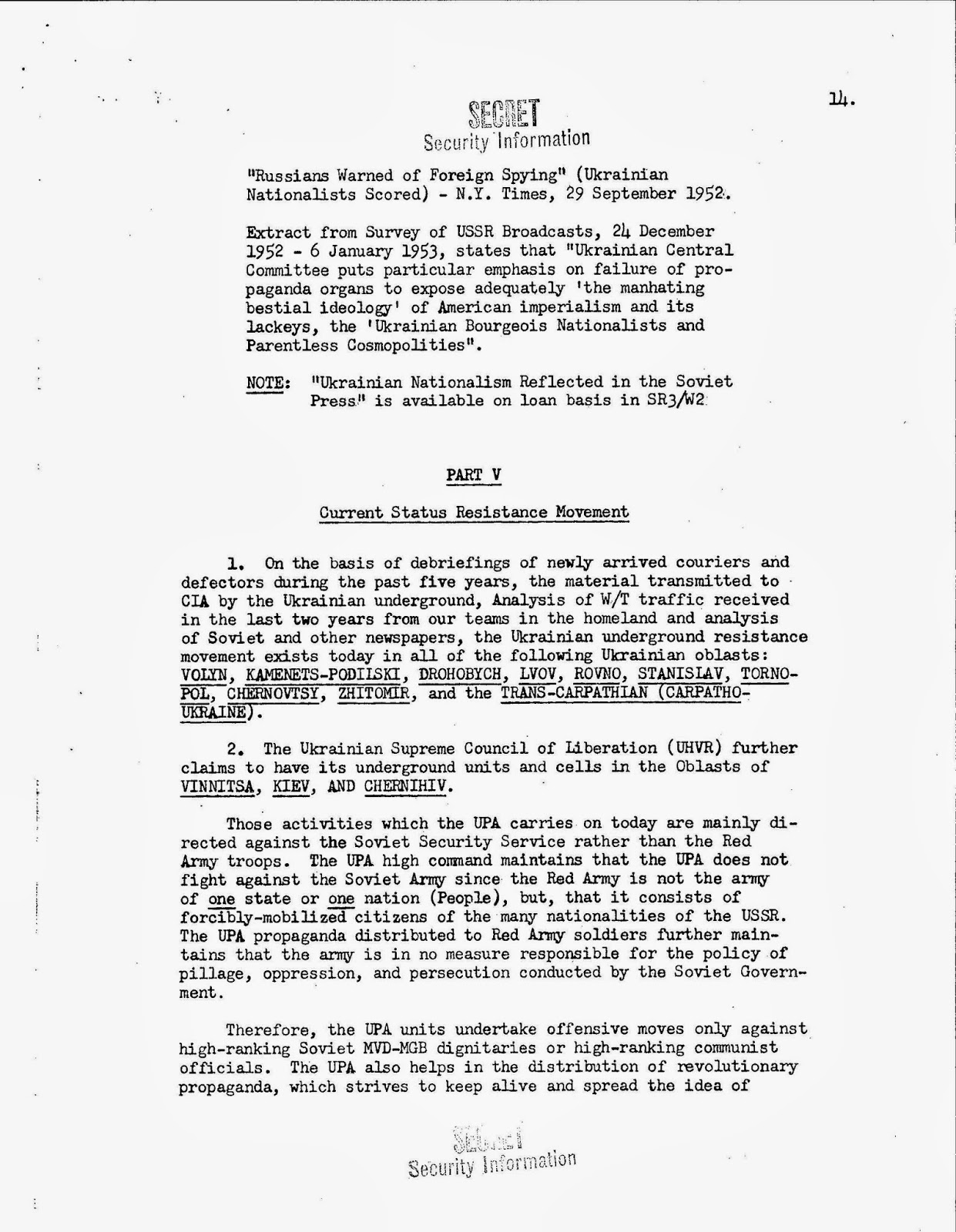 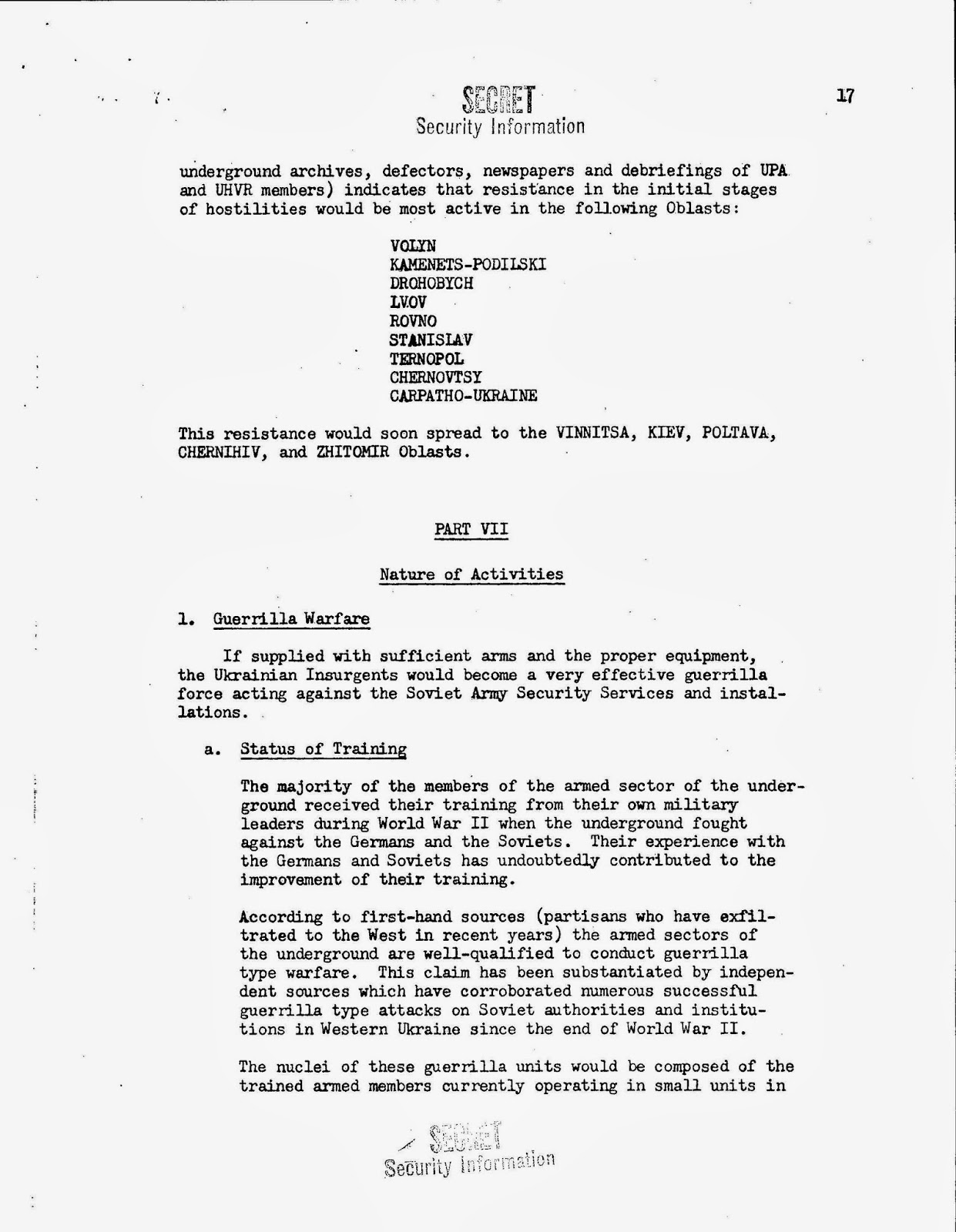 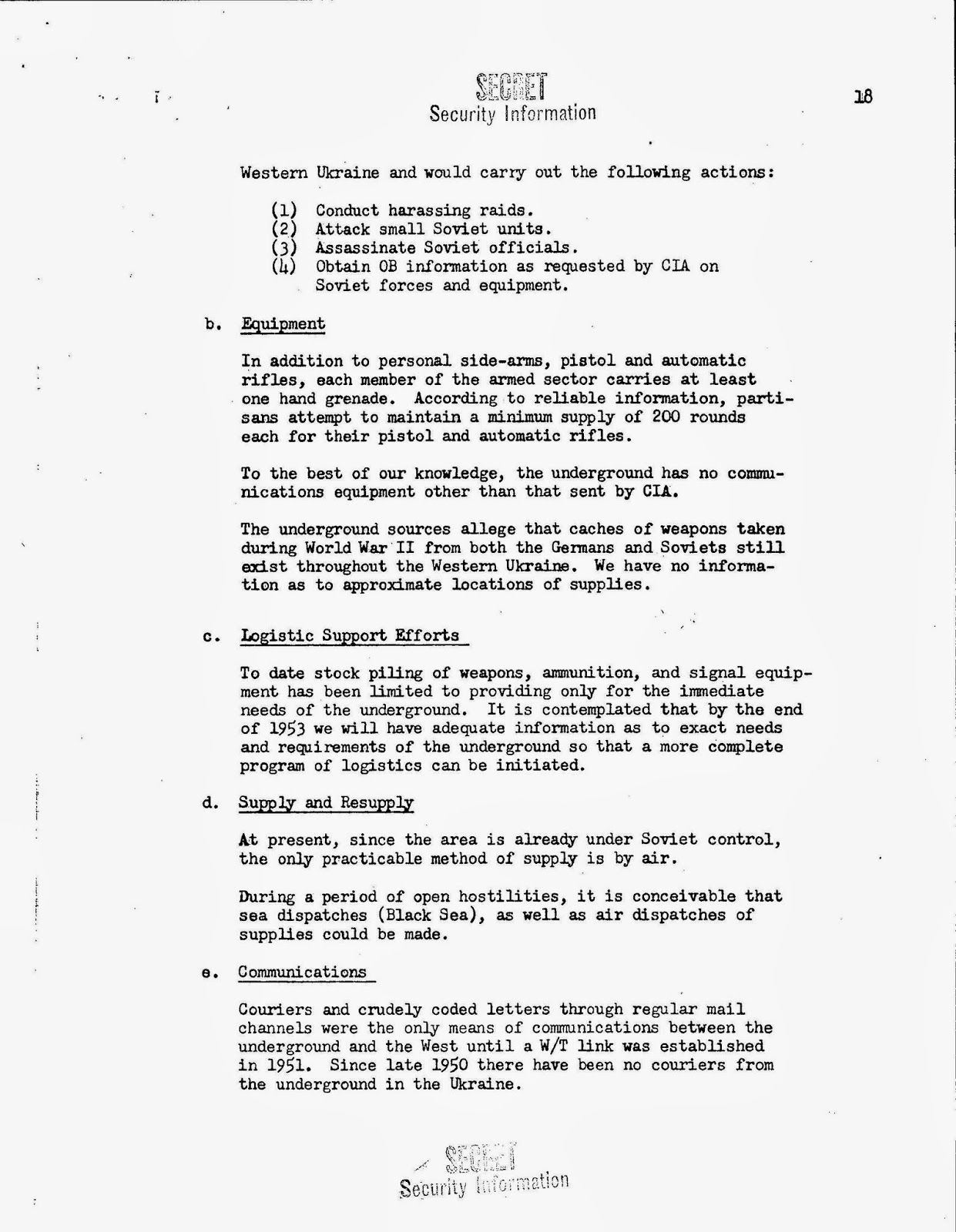 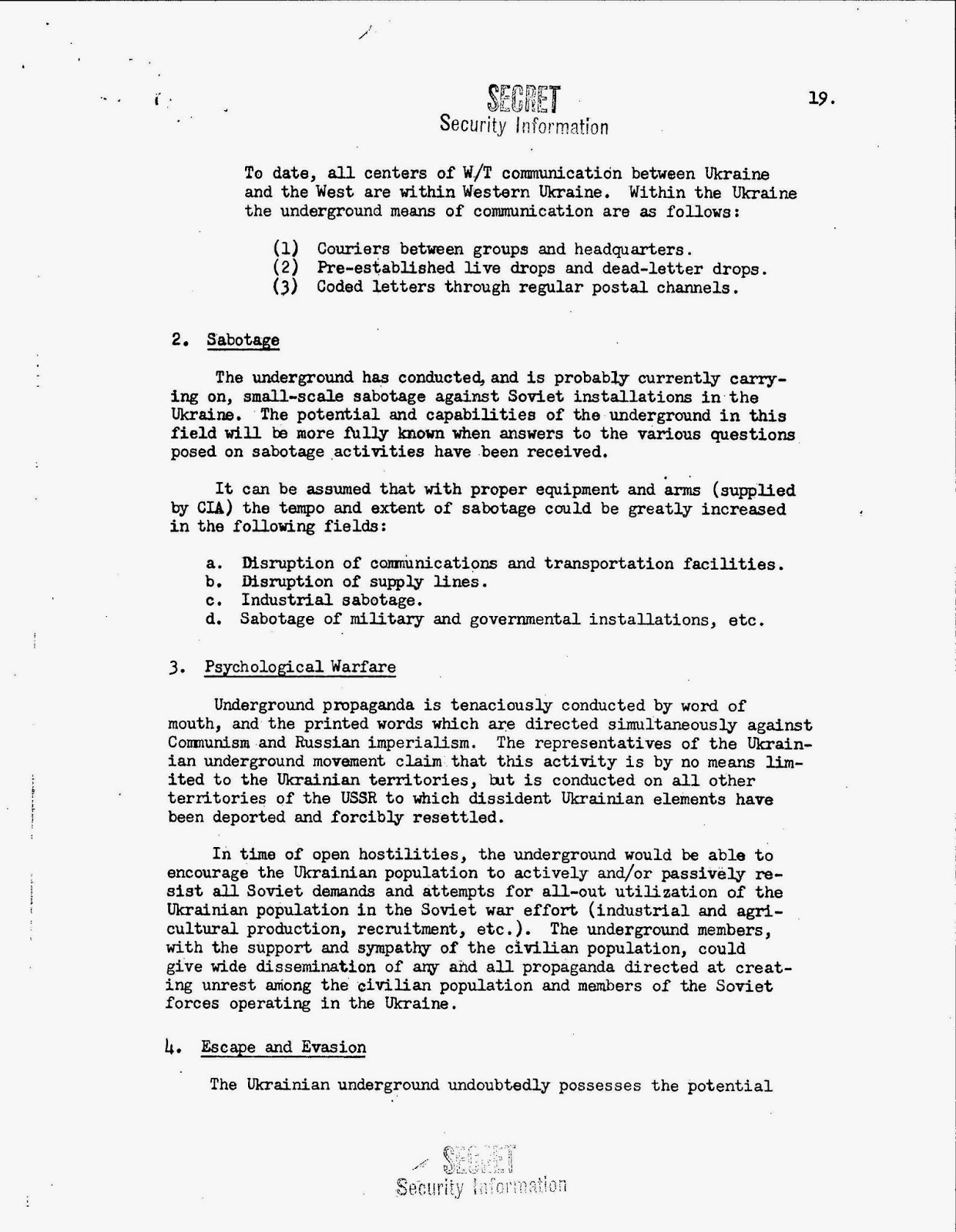 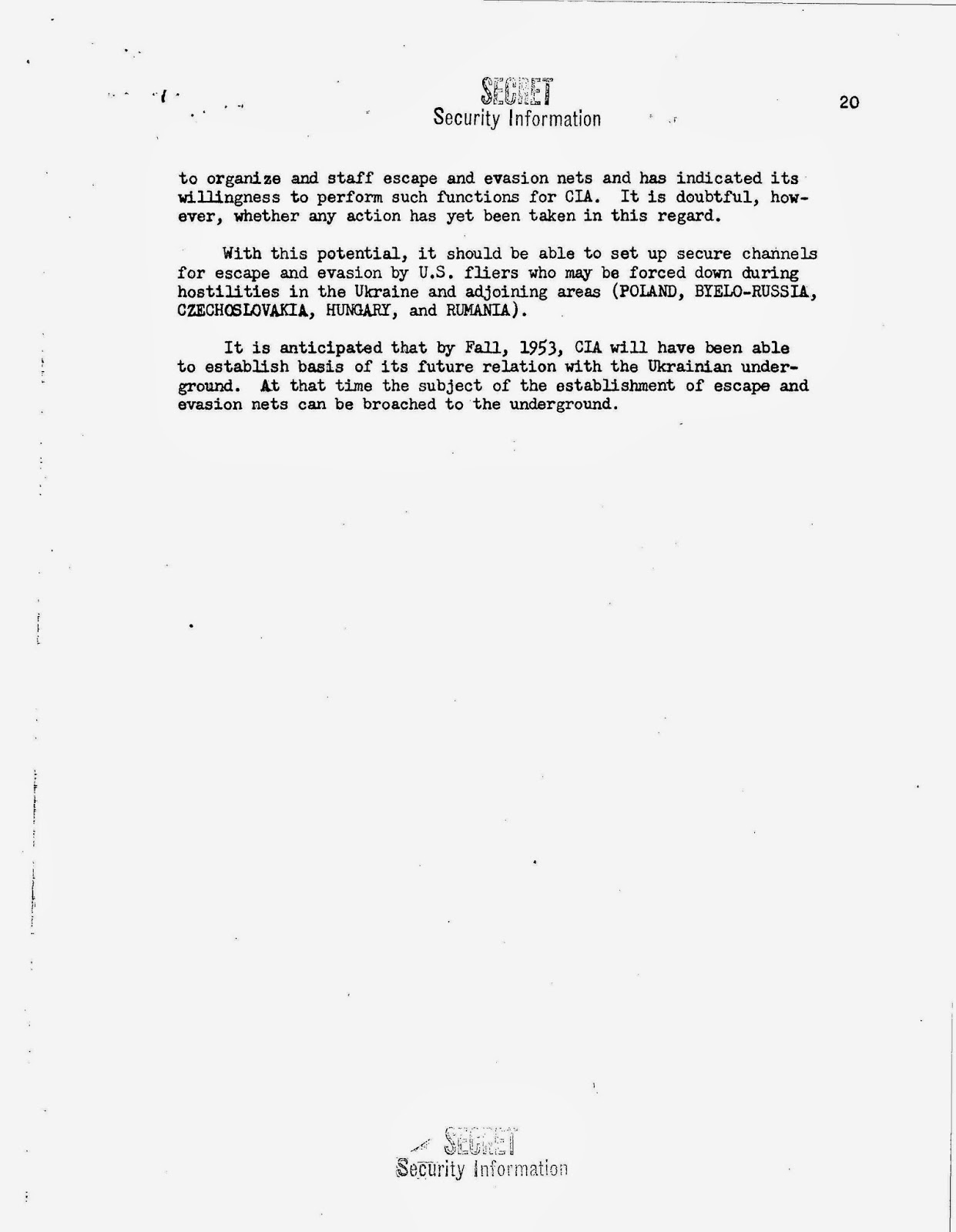 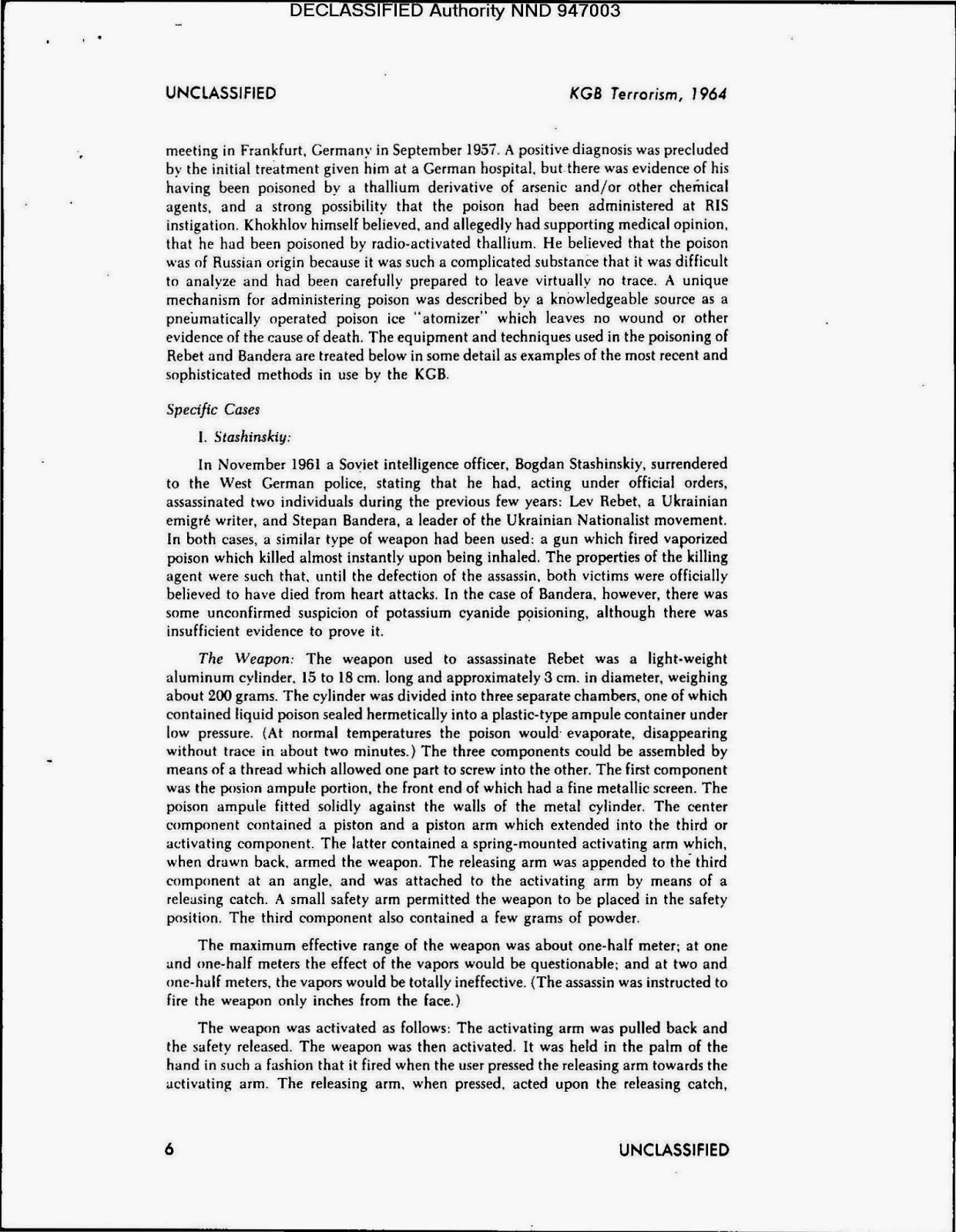 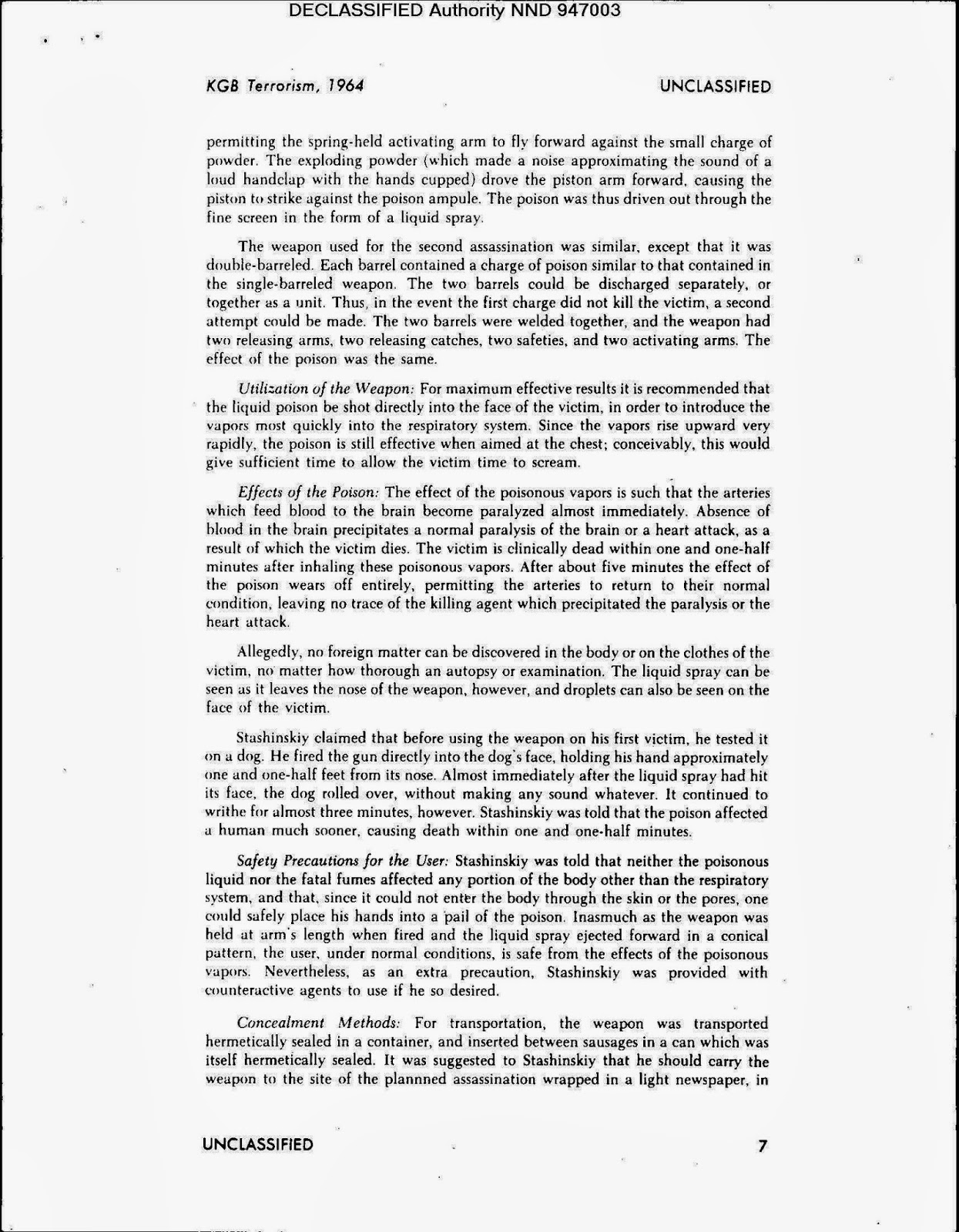 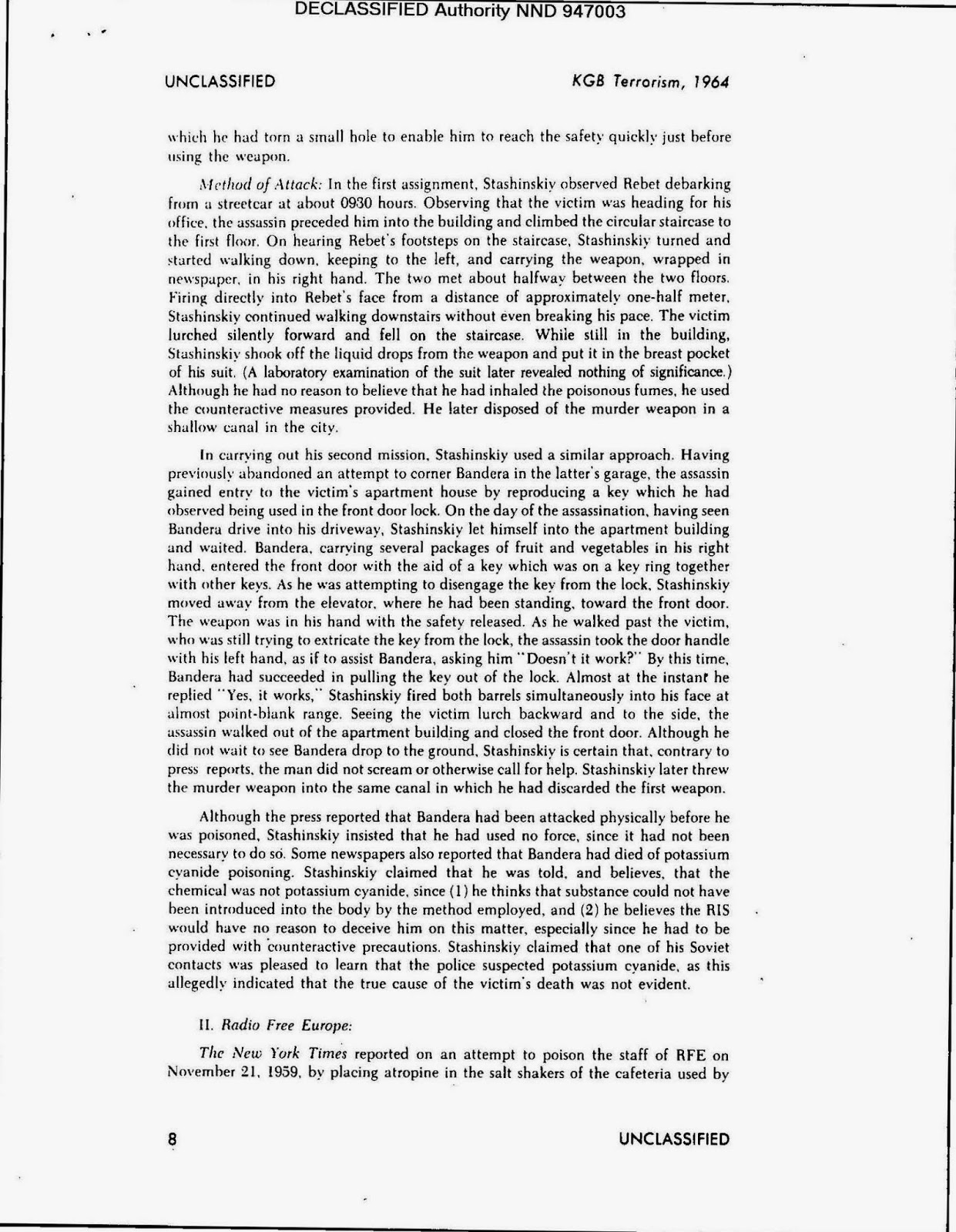